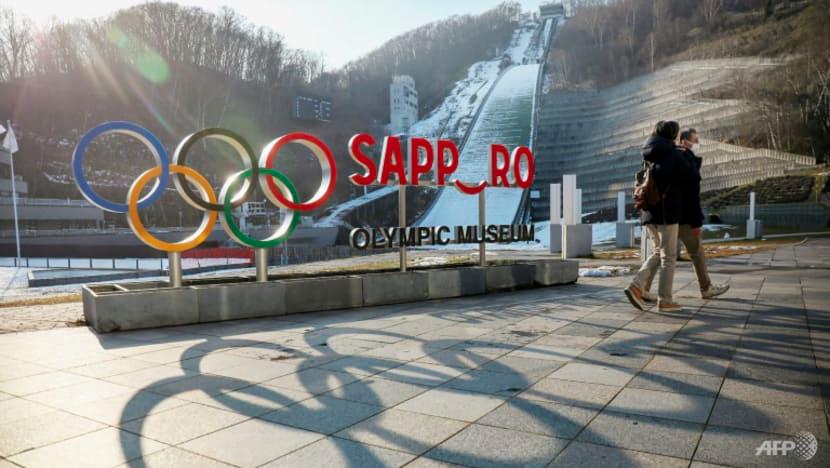 Former Tokyo 2020 executive Haruyuki Takahashi was arrested on suspicion of bribery in August and more allegations were levelled against him last week in a widening investigation into corruption at the heart of the Games.

The scandal comes at a bad time for the northern Japanese city of Sapporo, which is bidding to host the 2030 Winter Olympics.

Sapporo staged the Games in 1972 and is seen as a frontrunner despite competition from Vancouver and Salt Lake City.

The delegation last week cancelled the trip, with Yamashita blaming a scheduling issue.

Akimoto said that it had “nothing to do with the bribery case surrounding the Tokyo Olympics”.

But the controversy has topped the headlines in Japan’s leading newspapers and prosecutors have carried out fresh raids in recent days.

The controversy has helped rekindle anti-Olympic sentiment in Japan, which saw a swell of opposition to holding the Tokyo Games in the middle of a pandemic.

The Asahi Shimbun daily in an editorial urged Sapporo to “hold off” on its 2030 bid until the scandal had been “resolved”.

It said the Japanese public view the Olympics “with mistrust and suspicion”.

Last year, the Asahi called for the Tokyo Olympics to be cancelled just two months before they were set to begin, accusing IOC officials of being “self-righteous”.

For all the domestic attention on the scandal, experts are doubtful it will have any impact when the IOC comes to choosing a 2030 host.

With cities ever more reluctant to assume the expense and controversy of hosting a Games, the IOC cannot afford to be picky.

“If Sapporo come forward, they have a very strong bid from a technical perspective,“ said Michael Payne, who as director of IOC marketing from 1989-2004 is widely credited with transforming the organisation’s brand and finances through sponsorship.

“I think of this very much as a local, political issue. It raised eyebrows as to why they’re making such a meal out of what frankly is minor sponsor influence-peddling.”

Sapporo 2030 chiefs have been keen to get the Japanese public on side.

Despite the misgivings of some, a survey conducted earlier this year found that a majority of people on the island of Hokkaido, where the city is located, were in favour of hosting the Games.

The city of Sapporo has, however, ruled out holding a referendum.

Sports economist Andrew Zimbalist believes the scandal will “continue to be an issue in Japan” but will “fade away in international memory”.

He predicted that Japanese officials would “simply acknowledge to the IOC that they had some bad actors involved and that they’re going to clean it up”.

Zimbalist thinks a recent change in the Olympic bidding process will help distance Sapporo from the Tokyo scandal because it won’t be in the spotlight as much.

Previously, cities were required to put together costly bids and were pitted against each other before a vote determined the winner.

Now the process largely takes place away from the glare of publicity, and there is flexibility about how many candidates are involved and when a host is chosen. There is no firm date when a 2030 host will be announced.

“Sapporo has so many things going for it that it will far outweigh the fading memory of this scandal.” - AFP