Djokovic has ‘big’ support from other players, says Lajovic 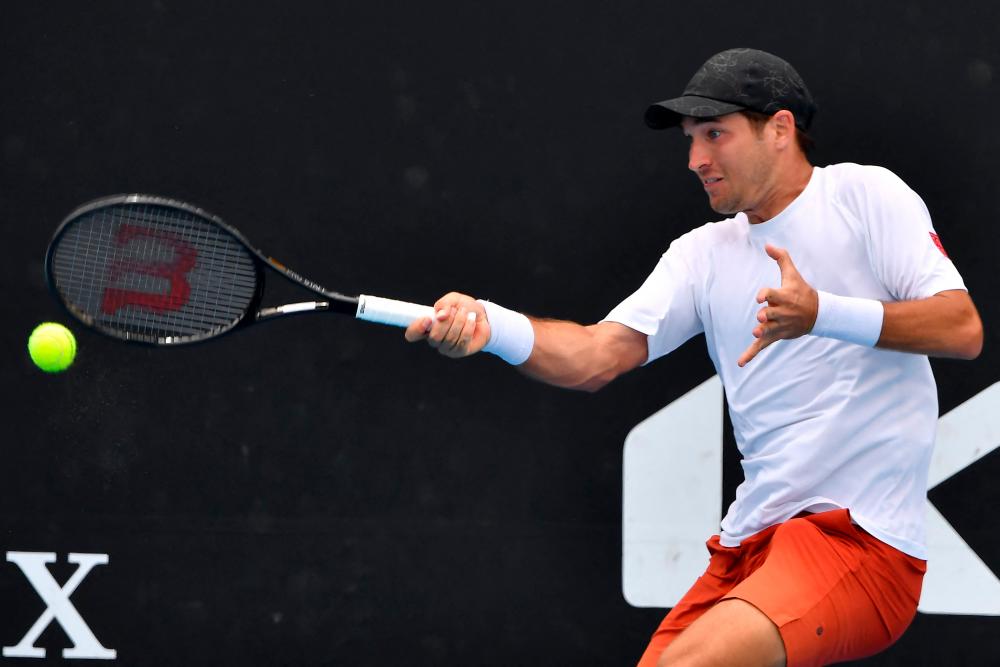 Serbia’s Dusan Lajovic hits a return against Hungary’s Marton Fucsovics during their men’s singles match on day one of the Australian Open tennis tournament in Melbourne on January 17, 2022. AFPPIX

MELBOURNE: Novak Djokovic has “a lot of support” from fellow players at the Australian Open, Serbian team-mate Dusan Lajovic said Monday, calling the deportation of the world number one “terribly wrong”.

The unvaccinated nine-time Australian Open champion Djokovic flew out of Melbourne on Sunday night after his last-gasp court bid to stay in the country failed.

The visa saga cast a dark shadow over the opening Grand Slam of the year and few players were willing to give him public backing as the controversy dragged out.

But his friend Lajovic, who led Serbia at the recent ATP Cup in Djokovic's absence, claimed it was different in the locker room.

“The top guys, I don’t know their opinions... I saw that some of the guys did support him,“ he said after coming through a tough five-set struggle against Hungary’s Marton Fucsovics to make the Australian Open second round.

“Many from the top did not, but maybe from their point of view they know that Novak is one of the favourites for the title, so for them they have one obstacle less in this case.

“But I think that there was a lot of support. When I talk to the guys, we talk in the locker rooms and all around the tournament, and from my point of view, the support was big.”

“I think the way they treated him was terribly wrong,“ added Lajovic.

Another Serbian player, Laslo Djere, who lost to 14th seeded Canadian Denis Shapovalov, said he would never look at Australia in the same way again.

“To tell you the truth, I think not just Serbians, I think the whole world saw it and they probably will have a new or different opinion about Australia,“ he said.

Djokovic's stubborn stance not to get vaccinated could now compromise his chances at the other three Grand Slams, with question marks over his future plans.

“The future of it depends on the pandemic, on the spikes, on the government mandates and everything else,“ said Lajovic. “Obviously there will be some tough decisions to make.”

Despite this, Djere said he was confident Djokovic would emerge from the drama a stronger person.

“Yes, that’s what he does. That’s also in our Serbian mentality,“ he said. - AFP