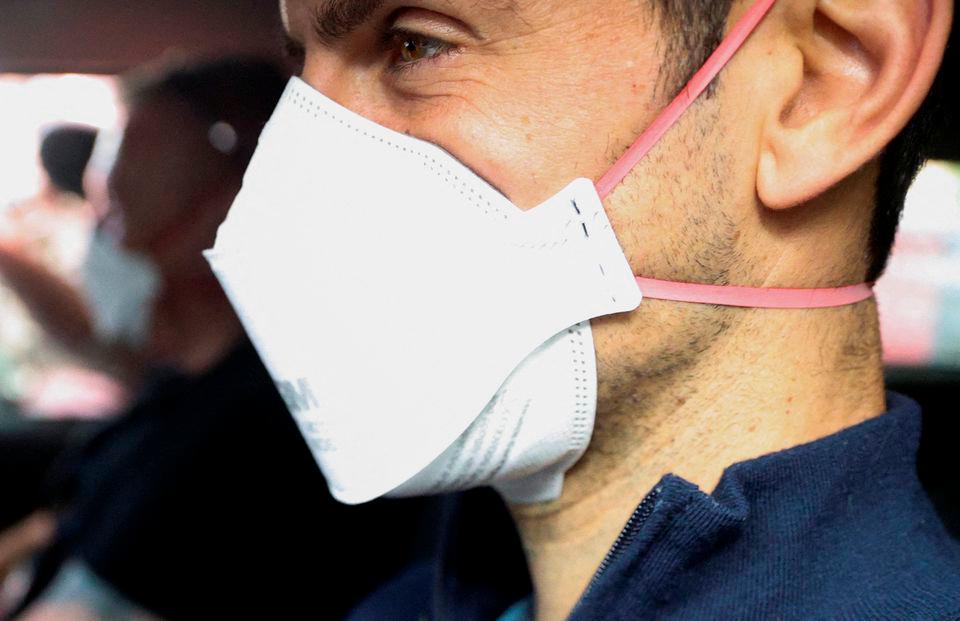 MELBOURNE: Lawyers argued over what impact Novak Djokovic (pix) would have on support for vaccination in Australia as the Federal Court was set to decide today whether or not the unvaccinated tennis superstar can stay and defend his Open title.

Three Federal Court judges will decide the fate of the world number one tennis player after a rollercoaster 10 days that saw him detained by immigration authorities, released and then detained again ahead of a tournament that starts on Monday.

Djokovic is appealing Immigration Minister Alex Hawke’s use of discretionary powers to cancel his visa again on the grounds that he was a threat to public order because his presence would encourage anti-vaccination sentiment amidst Australia’s worst outbreak of the virus.

The Serbian champion was escorted to his lawyers office by immigration officials to attend the virtual court hearing on Sunday morning, having spent Saturday night back in an immigration detention hotel.

Nick Wood, acting for Djokovic, pointed to how the player competed in the Australian Open and other major tournaments around the world last year without provoking protests or unrest.

“If there was any foundation for thinking that Mr Djokovic’s presence and participation at a tennis tournament might somehow lead to this anti-vax sentiment, one would expect that it would be supported by some kind of evidence about anti-vax protests or rallies or the like at tennis events,” Wood said.

But Wood told the court that nothing of the kind had been identified by the minister in his decision to cancel the visa.

Wood said that instead the possibility was a forced removal of Djokovic may spur the anti-vaccination movement and protests.

Stephen Lloyd, for the government, said Djokovic’s opposition to vaccination could be seen not only in his public statements but also because he had not been vaccinated against Covid-19 even after vaccines became widely available.

The government lawyer acknowledged that there was a risk that cancelling Djokovic’s visa could spark “unrest” among people who disagreed.

But, Lloyd argued that given Djokovic’s status as a high-profile athlete, there was a danger that his stance and behaviour could encourage others outside the established anti-vaccination community to flout health safety guidelines.

“The minister took the view that his presence in Australia would encourage people to emulate his apparent disregard for those kind of safety measures,” Lloyd said.

He cited Djokovic’s participation in a media interview and photoshoot when he knew he was infected with Covid-19 last month.

Djokovic had been granted a visa, as his recent infection provided the basis for him seeking a medical exemption from Australia’s vaccination requirements to play in the Open.

That exemption prompted widespread anger in Australia, which has undergone some the world’s toughest Covid-19 lockdowns and where more than 90 per cent of adults are vaccinated.

‘Tired of the situation’

Djokovic is clinging on to hopes playing in the Australian Open which begins tomorrow. If he were to win the tournament, which he has done nine times previously, he would become the first men’s player to hold 21 Grand Slam titles.

The build up to the tournament has been eclipsed by the drama over the unvaccinated star’s bid to play. Spanish great Rafael Nadal, tied with Djokovic for 20 Grand Slam titles, was one of several top players in town who said they just wanted.

Djokovic spent Saturday night at Melbourne’s Park Hotel, returning to the same immigration detention hotel where he was held for several nights after his arrival in Australia.

A judge had freed him on Monday after finding the decision to cancel his visa on arrival had been unreasonable.

The controversy has become a political touchstone for Prime Minister Scott Morrison as he prepares for an election due by May.

His government has won support at home for its tough stance on border security during the pandemic, but it has faced criticism for its handling of Djokovic’s visa application.

“Honestly I’m little bit tired of the situation because I just believe that it’s important to talk about our sport, about tennis,” Nadal, who is tied on 20 major titles with Djokovic, told reporters at Melbourne Park on Saturday, where the event will be played. — Reuters