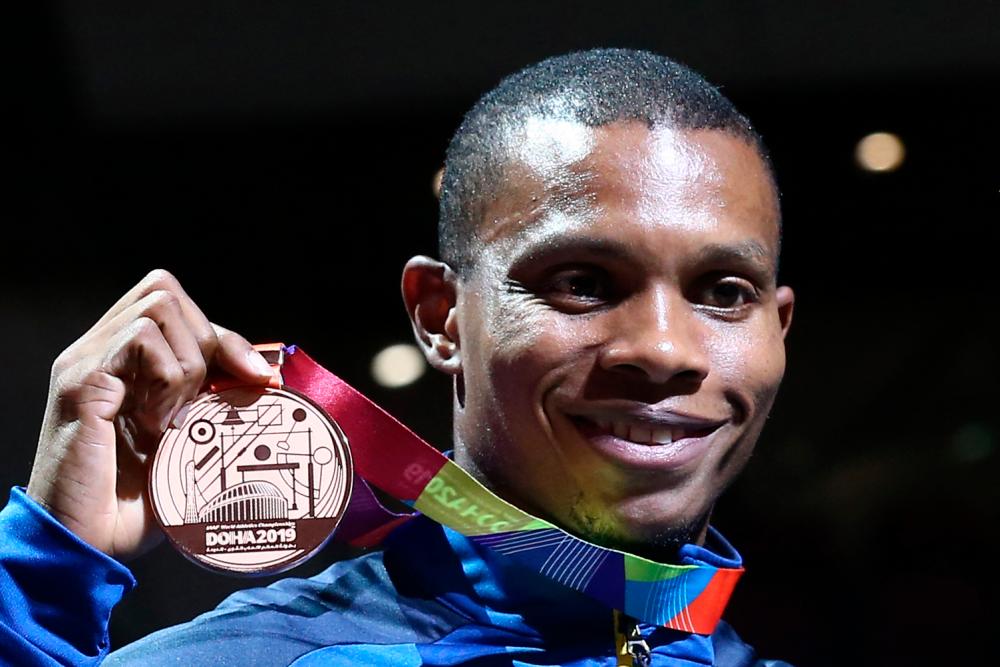 In this file photo taken on October 02, 2019 bronze medallist Ecuador’s Alex Quinonez poses on the podium during the medal ceremony for the Men’s 200m at the 2019 IAAF World Athletics Championships at the Khalifa International stadium in Doha. AFPpix

The 32-year-old was one of two people shot outside a shopping centre late on Friday, according to local police, who said a motive was not yet clear.

Ecuadorian President Guillermo Lasso vowed to find and punish those responsible for the killing.

“We deeply regret the painful loss of Alex Quinonez, a father, a son, and a great sprinter who left his mark on the sport,“ Lasso said on Twitter.

“Our sincerest condolences to his loved ones. Rest in peace. Those who take the lives of Ecuadorians will not go unpunished. We will act forcefully.”

The assassination comes less than a week after the government enforced a two-month nationwide state of emergency in a bid to quell a wave of violent crime.

Official figures show that more than 1,900 people have been murdered in Ecuador this year compared to 1,400 in all of 2020.

Quinonez claimed the bronze medal in the 200 metres at the 2019 World Athletics Championships in Doha. He was suspended prior to the Tokyo Olympics due to “breach of his whereabouts obligations”.-Bernama