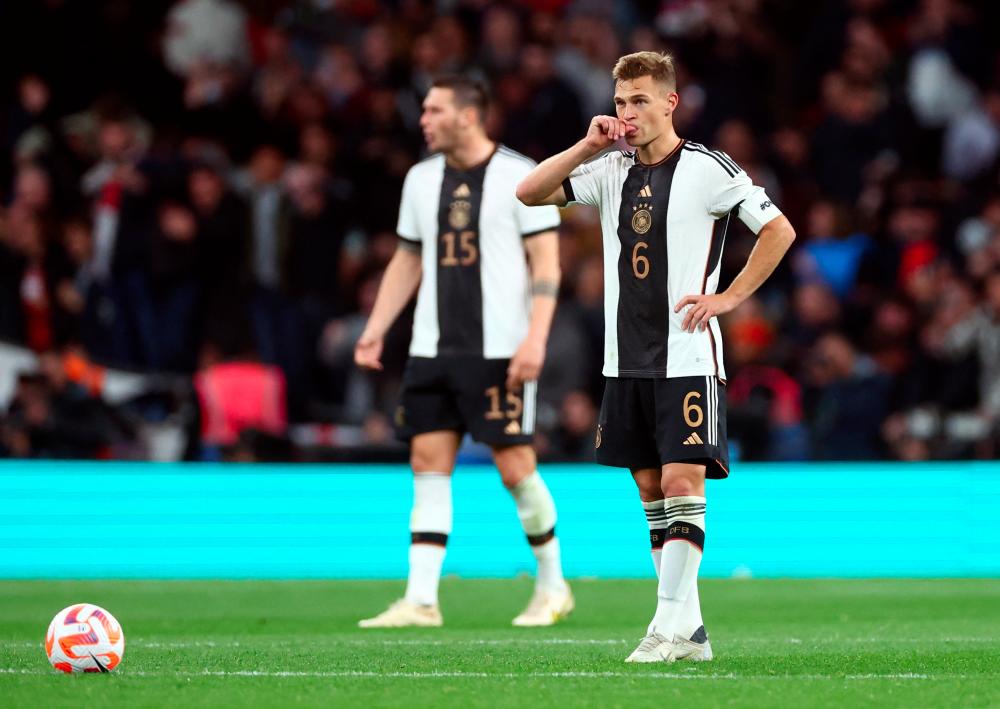 GERMANY forward Thomas Mueller said their 3-3 Nations League draw with England on Monday will have little impact on their morale heading into the World Cup.

Germany took a 2-0 lead through Ilkay Gundogan and Kai Havertz but conceded three times in the space of 12 minutes to hand England the advantage before salvaging a draw when Havertz capitalised on a goalkeeping error by Nick Pope.

The draw capped a disappointing Nations League campaign for Germany, who ended with one win from their six games.

“Today’s game is not relevant for our outlook,“ Mueller told reporters.

“We are there to concentrate fully on having fun and maintaining the desire and cohesion to throw everything we have into the World Cup in order to do justice to this German ‘tournament team idea’,“ he added, referring to Germany’s reputation for being a team that excels at major tournaments.

“Maybe there will be criticism from outside, maybe not, I don’t know. It’s not up to me, but I couldn’t care less what’s written from the outside.

“We will put ourselves in a good position for the World Cup, give everything, and we will see what we will get there in terms of sporting results.”

Germany, who exited the 2018 World Cup in the first round, are in Group E in Qatar along with Spain, Costa Rica and Japan.

They open their campaign against Japan on Nov. 23. - Reuters