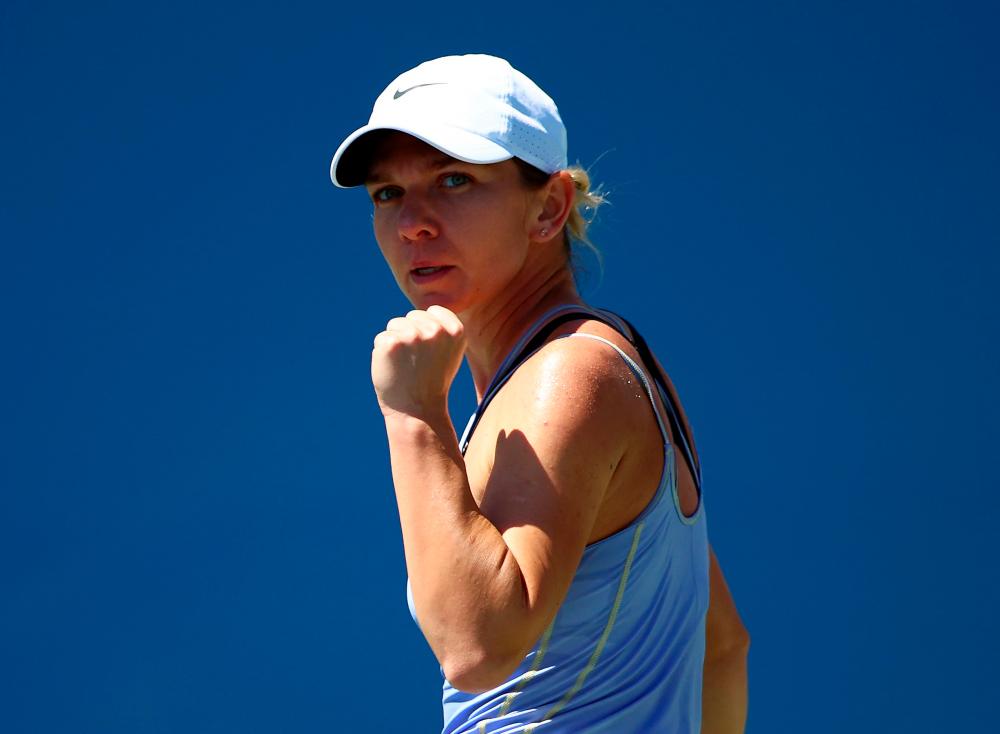 TORONTO, ON - AUGUST 13: Simona Halep of Romania celebrates a point against Jessica Pegula of the United States during the National Bank Open, part of the Hologic WTA Tour, at Sobeys Stadium on August 13, 2022 in Toronto, Ontario, Canada.AFPPIX

TORONTO; Simona Halep put years of big match experience to good use on Saturday as she overhauled Jessica Pegula 2-6, 6-3, 6-4 to reach the final of the WTA Toronto Masters.

The former world number one from Romania, who won 2016 and 2018 trophies in Canada, showed her definitive return to form with the victory after dropping from the top 10 in the rankings a year ago due to injury.

“We never played against each other,“ Halep said. “So I didn’t really know what to expect.

“But it was a great fight. I’m really happy that I went through.

Halep, who will return to the top-10 thanks to her victory, needed two and a quarter hours to knock out American Pegula, at seventh the highest seeded player left in the field.

The 30-year-old winner of Roland Garros and Wimbledon titles could return to sixth in the world if she wins the Sunday final against either Brazil's Beatriz Haddad Maia or 2021 Czech finalist Karolina Pliskova.

She will be competing in her 18th career Masters final and owns eight titles at the elite WTA level.

Halep dropped the opening set against Pegula in 35 minutes but levelled at a set apiece thanks to an early break in the second.

The resilient Romanian missed two match points on her opponent's serve and swiped her racquet angrily on the cement as Pegula held for 4-5 in the third.

“The fire is back, it’s a good sign if I do that,“ said the Romanian, who had the backing of a sizeable number of compatriots in the stands.

Halep clinched the win on her third opportunity as Pegula hit the net with a return.

“She was hitting super strong and I didn’t feel the rhythm. Then I just calmed down and I tried to just push her back a little bit more.”

Halep saved 12 of the 17 break points she faced as she earned her 37th match victory this season while playing in her seventh semi-final of 2022. - AFP