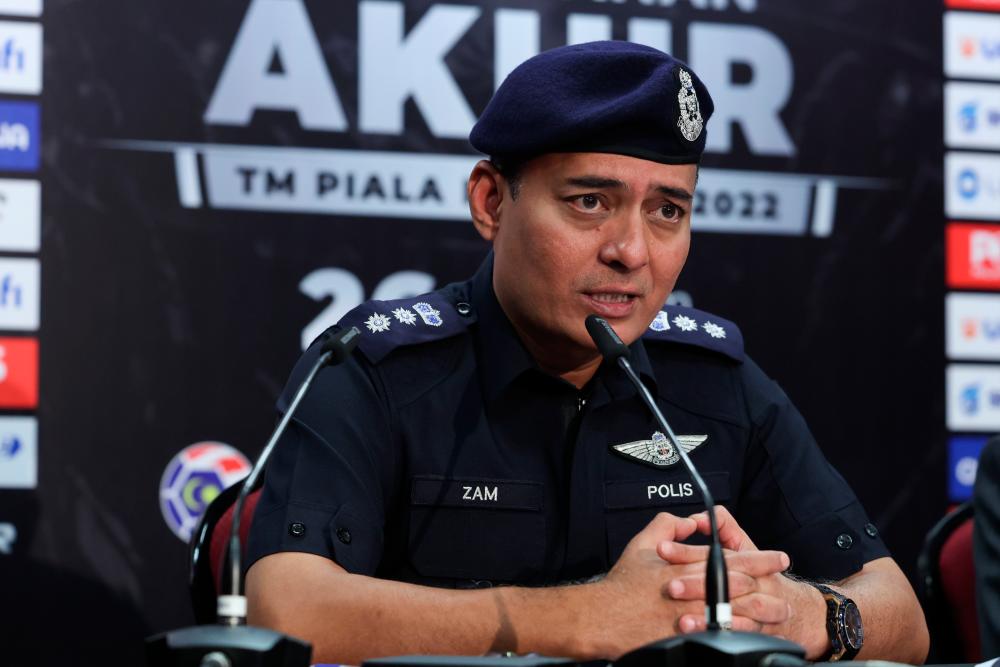 KUALA LUMPUR: Fans are not allowed to bring in and fly politically-related flags at the 2022 Malaysia Cup final between Johor Darul Ta’zim (JDT) and Selangor FC at National Stadium in Bukit Jalil here tomorrow night.

Football Association of Malaysia (FAM) Security Committee deputy chairman ACP (R) Md Dali Wahid said stern action will be taken against any fan found flaunting the ban, adding that the final was not a suitable venue to celebrate or protest politically-related matters.

“Maybe we are still caught up by what’s going on in the country currently. Flags relating to politics might make others feel annoyed.

“So don’t bring things into the stadium that can cause provocation and affect public order,” he said during a security media conference for the final here today.

Meanwhile, Cheras district police chief ACP Zam Halim Jamaluddin is expecting around 80,000 fans to flood the National Stadium as soon as the gates are opened at 5 pm, and said police are making preparations to ensure public order and safety.

“As a security measure, bags and items will be inspected, along with body checks at every entry gate and after entering the stadium grounds,” he added.

Zam Halim said several roads around the stadium will be closed before and after the match, including the stretch of Jalan Barat beginning at the Taman Teknologi Malaysia (TPM) intersection till the Merah Caga intersection.

Selangor has the best record in the Malaysia Cup competition, having won the cup 33 times while JDT has won it twice, in 2017 and 2019, since its establishment in 2013. 4.Overall focus is to turn Malaysia into a high income nation: Rafizi

5.Nik Nazmi to look into pressing issues under ministry to meet people’s expectations