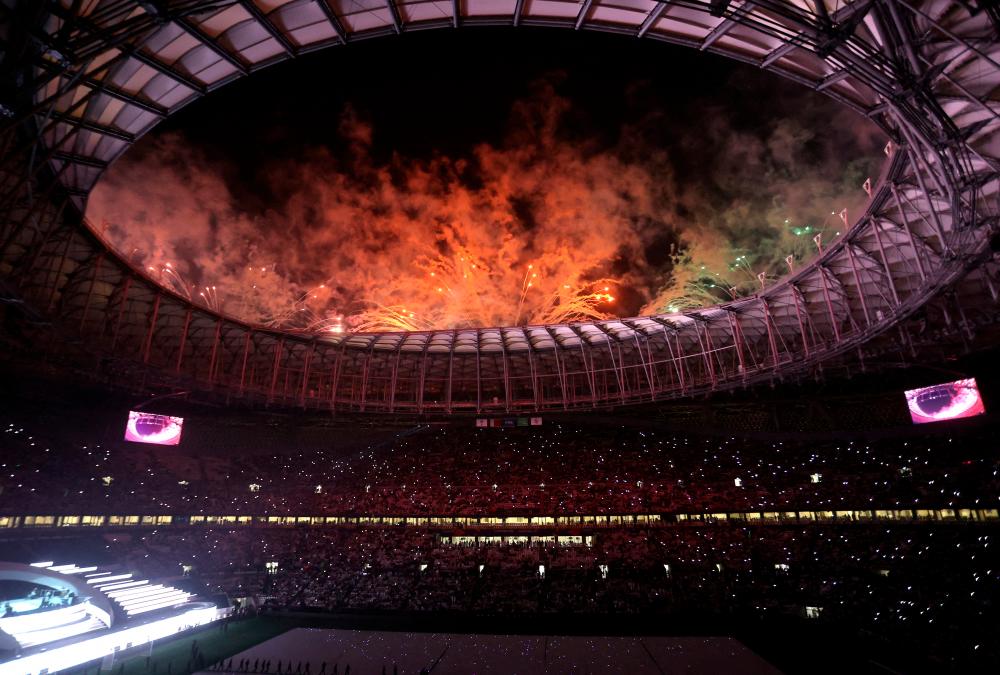 DOHA: Design of the Lusail Stadium, venue for the final match of the FIFA World Cup Qatar 2022 on Dec 18, embodies the Arab-Islamic characters, highlighting motifs and elements from the golden age of artistic expression in the Islamic world.

According to Qatar news agency (QNA), Operations Manager Tamin El Abed in an interview with Qatar2022.qa, said Lusail Stadium, located 20km from central Doha, is designed to replicate the ‘fanar’ lantern. Its futuristic design is inspired by the interplay of light and shadow.

“Norman Foster, the main architect behind the stadium, studied hand-carved Islamic antiques and focused on merging a golden vase and the fanar lantern into the stadium design, leading to the magnificent venue we see today,“ said El Abed.

On the legacy that the stadium will leave after the curtain falls on the 2022 FIFA World Cup Qatar, El Abed explained that a number of ideas are currently being studied to take advantage of the stadium’s interior spaces after the tournament, including transforming it into a community hub featuring civic facilities, including affordable housing units, shops, schools, cafes, sporting facilities and medical clinics, QNA reported.

The stadium’s upper-tier will be re-purposed into outdoor terraces for new homes. Any materials removed will be donated to countries in need of sporting infrastructure.

Sustainability has formed a crucial part of the construction process and Lusail Stadium recently received a five-star rating from the Global Sustainability Assessment System.

The most notable sustainability feature is the arena’s roof, which is made from a state-of-the-art material called Polytetrafluoroethylene (PTFE) that protects the venue from warm wind, resists dust and allows enough light to enter the pitch, while also providing shade.

It added that another sustainability feature is the water-efficient fixtures and leak detection systems operating inside the stadium. Moreover, the construction site conserves 40 percent more fresh water than conventional stadium developments.