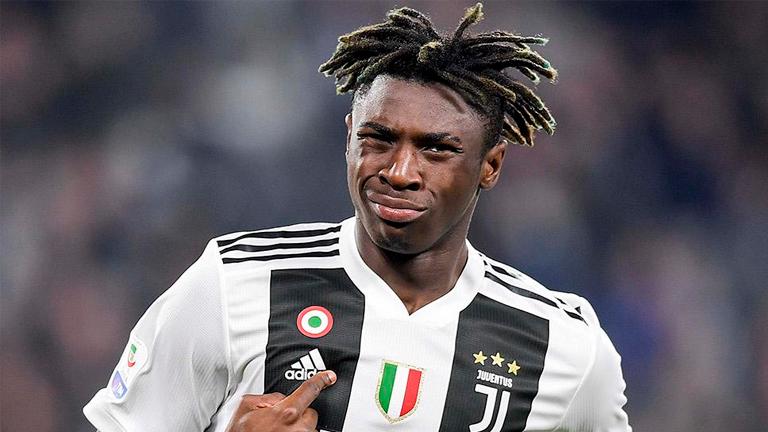 TURIN: Moise Kean (pix) said that replacing five-time Ballon d’Or winner Cristiano Ronaldo at Juventus does not feel like a burden, as the Turin club’s new signing was presented on Thursday.

Ronaldo returned to Manchester United on Aug. 31 after finishing top scorer in Serie A last season and notching a total of 101 goals in 134 games over three years at Juve in all competitions.

Juve moved quickly to sign another striker before the transfer deadline by securing a two-year loan deal for Everton’s Kean, who returns to Turin to fill the void left by Ronaldo, two years after leaving.

“It does not weigh on me, I am here to give a big hand because this is the team I grew up with, and where I have had great moments,” Kean told a news conference.

“I am here to play, I do not feel any weight other than the responsibility of wearing the Juve shirt.”

Kean came through the Juventus youth system and first broke into the first team aged 16 in 2016.

The 21-year-old was sold to Everton in August 2019 but struggled for game time in England and spent last season on loan with Paris St Germain, scoring 13 league goals, before returning to Turin.

“I feel very fortunate. For a guy of my age, I am lucky to have had the chance to get to know a lot leagues, like in England and France,” Kean said.

“I have returned with a lot of experience and this has helped me a lot. They were great experiences and I learned a lot, things that I did not know about the world of football.” – Reuters