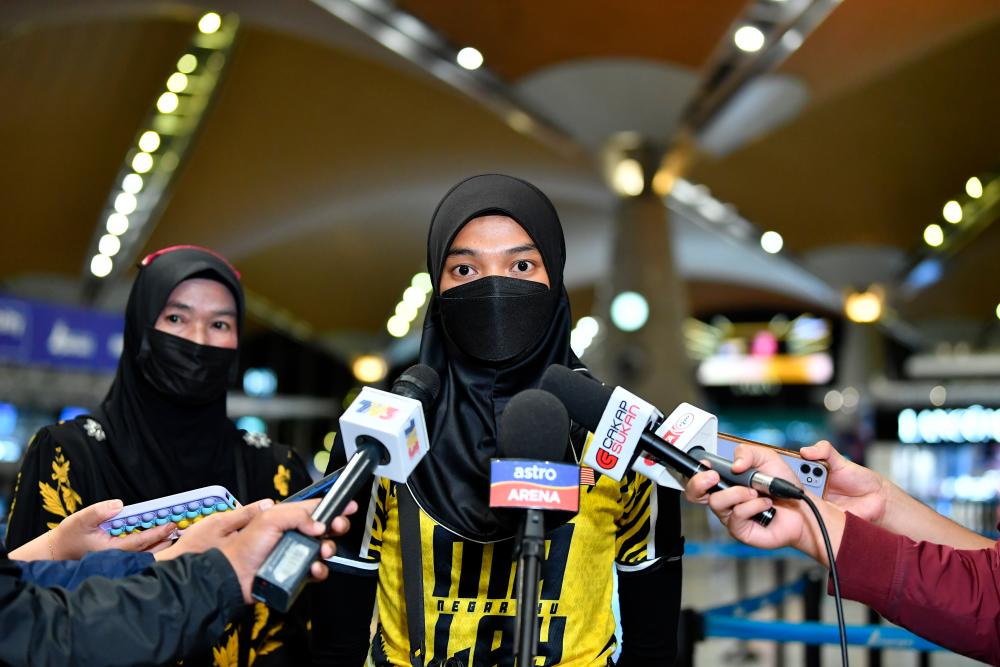 SEPANG: Terengganu road cyclist, Siti Nur Alia Mansor will be commencing her first ride in a race with a Spanish team in March.

Siti Nur Alia, who created history by becoming the first national and ASEAN woman rider to be selected to join the world acclaimed cycling team, Canyon-SRAM Racing Team in Spain said she would be introduced as a new rider on Saturday.

“Alia heard the first race is in March...The team will assess my performance for seven months with seven other participants.

“Only one rider will be absorbed into their elite squad on achieving outstanding results over the seven months,” she told reporters.

She was speaking to reporters before leaving for Spain at Kuala Lumpur International Airport here tonight.

The 21-year-old cyclist admitted the one-year contract offered by the team ranked fifth in the world, is her biggest breakthrough to improve her performance and paves the way for her dream to qualify for the 2024 Paris Olympics.

Even though she was more synonymous competing in the track category as she had undergone training with national track cycling champion, Datuk Mohd Azizulhasni Awang in Melbourne in 2017, Alia said would still join training in the category on weekends in Spain.

Meanwhile, Siti Nur Alia said she would be returning to Malaysia in April or May to participate in the Malaysia Games (Sukma) in Kuala Lumpur scheduled in June.

Therefore, she hopes to achieve greater successes in Sukma this time after garnering a silver and a bronze in the sprint and 500 meters time trial events in the 2018 edition in Perak.

The opening for Siti Nur Alia began when she received a call from former Terengganu Cycling Team (TSG) coach, Adam Szabo who is now training a team in Spain in June last year, expressing interest to highlight the talented rider. - Bernama