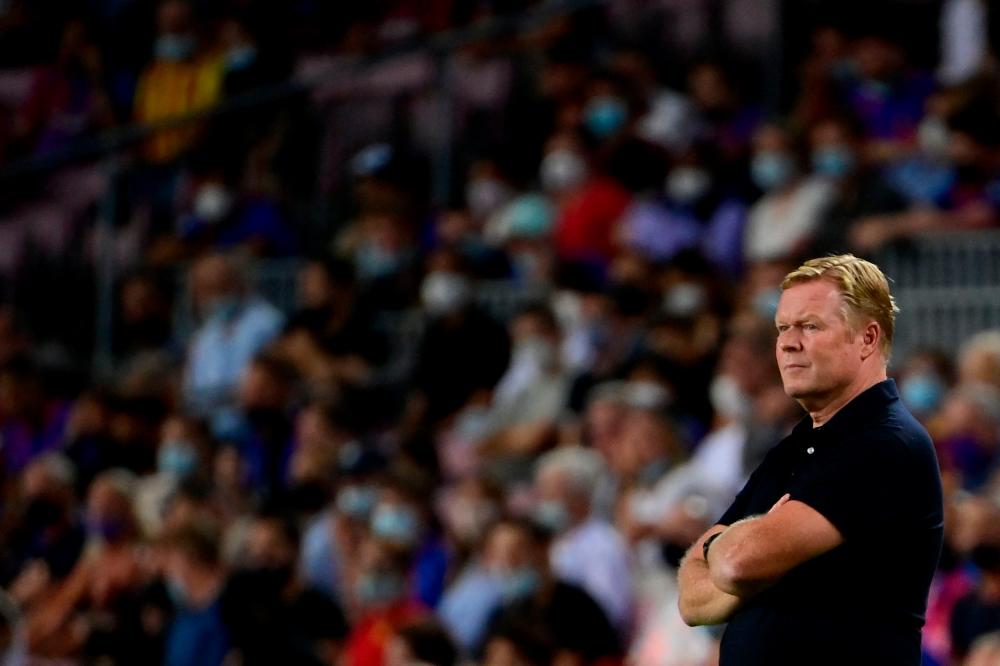 BARCELONA: The most striking thing about Barcelona’s limp 3-0 defeat by Bayern Munich on Tuesday was how inevitable it was, and how easily the players and coach Ronald Koeman (pix) accepted their drastic drop in status from European giants to outsiders.

Less than a year ago the Catalans had gone 38 games unbeaten at home in the Champions League but now they have lost their last three European games at the Camp Nou, falling 3-0 to Juventus and 4-1 to Paris St Germain before Tuesday’s debacle.

The scoreline may not have been as savage as the 8-2 defeat suffered against Bayern in the 2019-20 quarter-finals but the performance was even more desperate, Koeman’s side ending this game without a shot on target.

While some fans booed the performance, the overriding sensation was apathy, supporters applauding the rare occasion when their team managed to retain possession for a moment.

The reaction from the players was also telling.

Veteran defender Gerard Pique had responded to the 8-2 thrashing by declaring the club had to be transformed from top to bottom but on Tuesday he appeared to have accepted the new normal, declaring: “It is what it is and we are what we are.”

Coach Koeman agreed with Pique, saying he had little choice but to field a defensive 3-5-2 formation due to the team’s deep injury problems which meant left back Jordi Alba played despite being ill the night before and only two forwards were available, leaving the coach to pick Sergi Roberto at right wing back.

Barca ended the game with four teenagers on the pitch and the promise of youth was the one green shoot of a bleak evening, Koeman insisting the team will be better in the next few years when the likes of Gavi and Alex Balde are more experienced.

The coach also said the team’s fortunes would improve when their injury problems ease but there is little guarantee of a quick fix: Ousmane Dembele has had a career littered with injury problems while Ansu Fati will be returning from two knee operations after missing the last year.

New signing Sergio Aguero has also been haunted by injuries lately and at 33 is hardly the type of player to address the physical differences which were plain to see as Bayern repeatedly beat their Barca counterparts for pace and power.

The Catalans are fortunate to share Group E with weaker sides Dynamo Kyiv and Benfica, meaning they should progress to the last 16 as runners-up.

Reaching the knockout phase, however, could merely delay another humiliating night once they meet a top side.

Pique admitted his team were no longer among the favourites to win a competition in which they have won three times in the last decade and the reaction of local media mirrored his honest assessment.