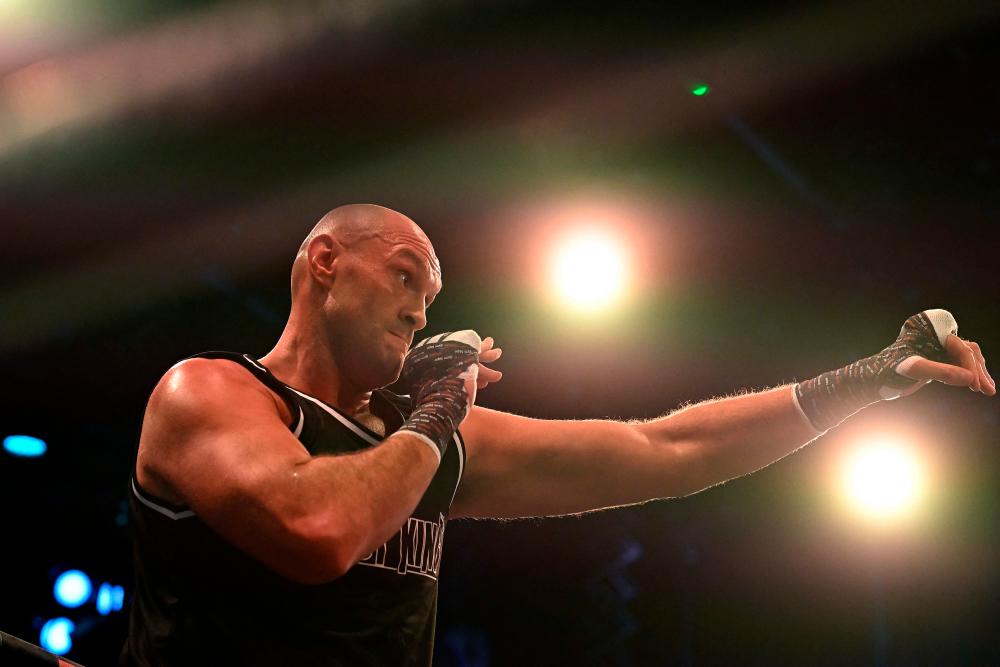 LONDON: Tyson Fury has vowed to put a burgeoning friendship with Derek Chisora to one side as he aims to beat his fellow Brit for a third time on Saturday.

Fury is the huge favourite to maintain his unbeaten professional record and retain the WBC world heavyweight title.

The fight with Chisora at the Tottenham Hotspur Stadium was agreed after negotiations over a much-anticipated bout with Anthony Joshua broke down.

Fury could also face Ukrainian Oleksandr Usyk next year in a bid to unite the heavyweight division, but he insisted he would not take his eye off the ball against Chisora.

The two, who last faced off in 2014, have struck up a friendship in recent years and shook hands between media duties on Tuesday.

“You’re going to see Del Boy get knocked sparked out. I’m not playing games. This is not fun and games for me. This is strictly business,“ said Fury.

“We can be friends out here and shake hands, go for a burger afterwards, but in here there’s no friends.”

The standoff between Fury and Joshua’s camps has given the 38-year-old Chisora an unlikely final shot at claiming the scalp of the “Gypsy King.”