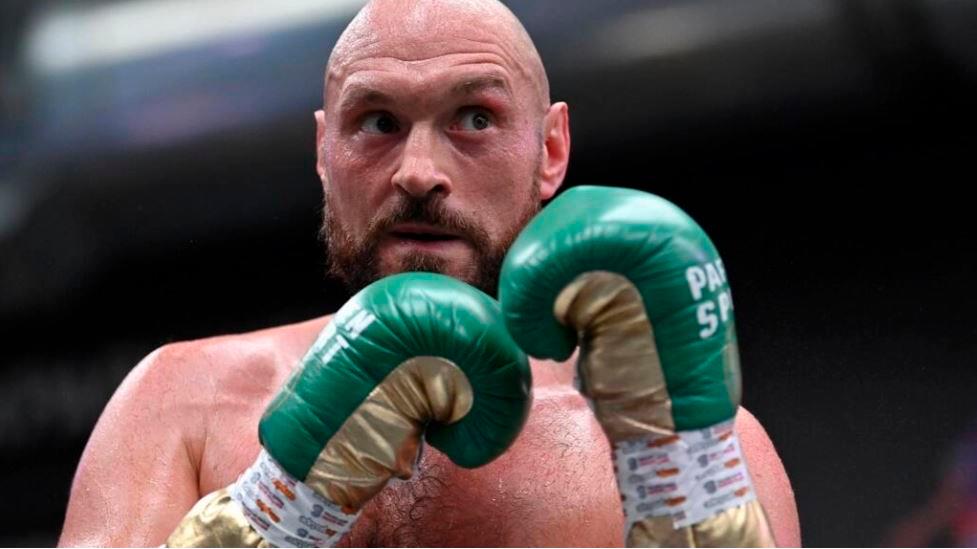 Following in the footsteps of Muhammad Ali? World heavyweight champion Tyson Fury has plans for a global tour after his title bout with Derek Chisora. AFPPIX

For Fury, it is a matter of making up for lost time, following a mental health breakdown and the impact of Covid-19.

“I have only had two years of activity in the last seven years, which is not great,“ he said.

“After I beat Chisora and after I beat Oleksandr Usyk next year, I am going to try and go on a massive campaign all over the world.”

It is eight years since WBC champion Fury, unbeaten as a professional, convincingly defeated Chisora for a second time.

Rather than a trilogy bout with Chisora, many fans would rather Fury was involved in a unification fight with Usyk at the Tottenham Hotspur Stadium this weekend or an alternative all-British clash with former world champion Anthony Joshua.

Usyk holds the IBF, WBA and WBO versions of the heavyweight title, having taken them off Joshua in September last year.

But the Ukrainian, after defeating Joshua again, in Jeddah in July, said he would not be ready to face Fury in December.

Usyk appeared injured and mentally drained following months away from his family as a result of Russia's invasion of Ukraine.

Fury's only fight so far this year was a six-round stoppage of Dillian Whyte at Wembley in April, with Fury then announcing his retirement.

But, having reversed that decision, it appears his management wanted a 'warm-up' bout ahead of a lucrative clash against Usyk in the Middle East next year.

Fury called out Joshua, but the longstanding bitterness between his promoter Frank Warren and Eddie Hearn, who represents Joshua, made negotiations awkward and talks broke down.

Even so, a capacity crowd of 60,000 is still expected on Saturday, such is the appeal of Fury.

And the self-proclaimed 'Gypsy King' is ready to travel widely, should all go to plan against Chisora.

“Like go to Antarctica, they have nothing else on there,“ said the 34-year-old Fury.

“Fire out places like one a month, a Tyson Fury roadshow, where were you for that?”

These included two of the most celebrated wins by 'The Greatest' -- the 'Rumble in the Jungle' with George Foreman in Zaire and the 'Thrilla in Manilla', when Ali defeated arch-rival Joe Frazier.

“We did that for Ali,“ recalled Arum. “We did him in Japan, Malaysia, we did him in Indonesia. That is what a true champion does because they are a world champion.”

Fury added: “I am champion of the whole world...It would be lovely to give these fans the opportunity to see a world champion.

“I know it sounds like a pipedream, a fairy-tale story, but just to get these fights in, to give some random heavyweight -- like Apollo did in the Rocky movie -- the chance.”

At 38, Chisora, with 12 defeats from 45 bouts, appears to have little more than a puncher's chance.

“I don’t care what is said,“ insisted Chisora. “For me to give up, just because a newspaper says so, I can’t do that.”

Unlike many of Fury’s bouts, the build-up to this fight has been notable for for a lack of ‘trash-talking’, with Chisora saying: “Tyson phoned me up and said ‘I want to give you an opportunity’.

“So for me to sit here and talk about a man who is putting food on my kids’ table? I cannot do that.” - AFP 1.Hong Kong bans CBD, ranking it alongside heroin and cocaine

4.Federal govt ready to discuss with Sarawak to take back Bintulu Port: Loke