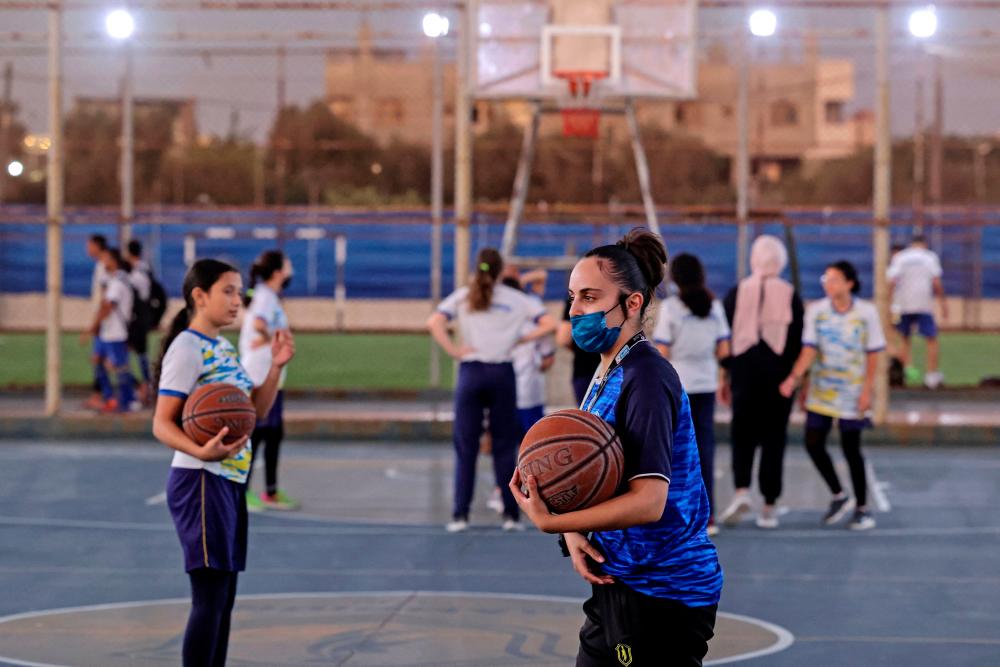 GAZA City, Palestinian Territories: At a recent basketball match in the Gaza Strip the spectators were transfixed, less so by the action on the court than the fact the referee was a young woman.

Amira Ismail, 23, who officiated the Gaza City-Nuseirat match, has been making history in the Israel-blockaded Palestinian enclave ruled by the Islamist group Hamas since 2007.

“Everyone looks at me in amazement on the basketball court, wondering, ‘who is she? Is she a foreigner or an Arab? What is she doing here?’” Ismail told AFP.

Her passion for basketball motivated Ismail to seek a refereeing licence from the the International Basketball Federation (FIBA), which she earned three years ago after passing online exams.

But due to social pressures, and then a long pause forced by the Covid-19 pandemic, Ismail had yet to officiate a match -- until this year.

“This time around, I was determined to get out there and use my international license on the field, because I deserve it,“ she said, clad in azure-coloured sportswear that matched her eyes.

So far this year, Ismail, who works day shifts in a hospital after completing her bachelor's degree in pharmacology, has refereed five men's matches, each time attracting curious glances.

Crowd sizes are still limited due to pandemic-linked restrictions. But Ismail said she is bracing for the post-coronavirus world, when more people will attend games and more eyes will be on her.

Reactions have so far been positive.

Gaza City player Ramzi Saba, wiping sweat off his face with a towel at the end of the match, said he was excited to see a female referee.

“I know it’s a normal thing outside Gaza, but I’ve never seen it before,“ he said.

In the stands, Ibrahim Mahmoud, 43, followed the match, like the rest of the spectators, occasionally glancing at the table where Ismail was counting points and fouls.

“I was surprised that there was a girl on the court,“ he said.

“It’s something new, but I hope that this culture will develop, and that young boys will learn to accept more women referees.”

There are 15 FIBA-certified referees in Gaza, Ismail and 14 men, and they officiate the matches of the four women's teams and 12 men's teams, said Ramzi al-Borai, an official at the Palestinian basketball federation.

Ismail said she hopes to encourage broader women's participation in sports in Gaza.

“I hope that the mere idea of seeing girls do sport becomes a normal thing here, so that girls are no longer afraid of the eyes of the rest of society.”-AFP