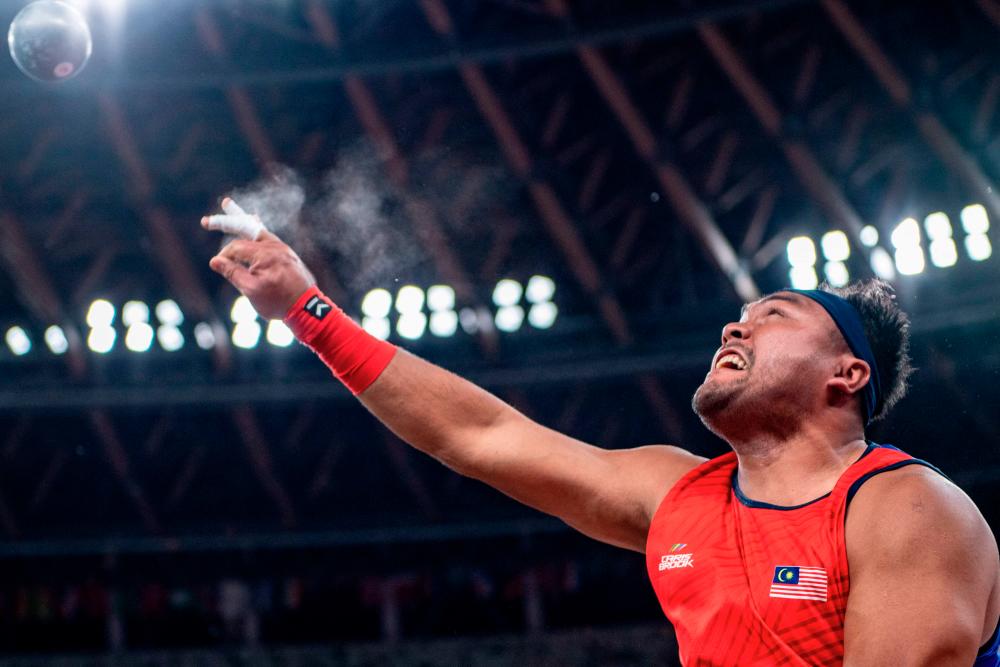 Malaysia's Muhammad Ziyad Zolkefli competes in the final of the men's shot put - F20 at the Tokyo 2020 Paralympic Games at the Olympic Stadium in Tokyo on August 31, 2021. AFP PIX

The 2016 Rio Paralympics gold medallist and two-time world champion said he did not expect to contribute the country’s first gold medal at the Games. He won it in the F20 ((intellectual impairment) shot put event.

“I won the (gold) medal on August 1, the day my son was born, this is indeed a victory gift for my son Thariq Xavier,“ said Muhammad Ziyad, who was happily greeted by his wife and family members when met by reporters at the Kuala Lumpur International Airport (KLIA) here yesterday.

Muhammad Ziyad, who was willing to leave his heavily pregnant wife to perform at the games for the sake of the country, also dedicated the medal to his spouse Zafira Nasir.

He added that the victory had fired him up further to add to his gold collection at the 2023 Para Powerlifting World Championships in Dubai.

“After this, I will probably only rest for two to three days because I want chase more gold at next year’s para sports meets.

“My target is also to retain my gold title at 12th APG in Cambodia,“ he said.

In Solo, Muhammad Ziyad won his fourth consecutive F20 men’s shot put gold medal at the APG since the 2013 edition with a throw of 16.92 metres (m). - Bernama At least 31 people killed in mass shooting in Thailand: Police

4.Dissolution of Parliament to be discussed with Agong today if time permits: PM