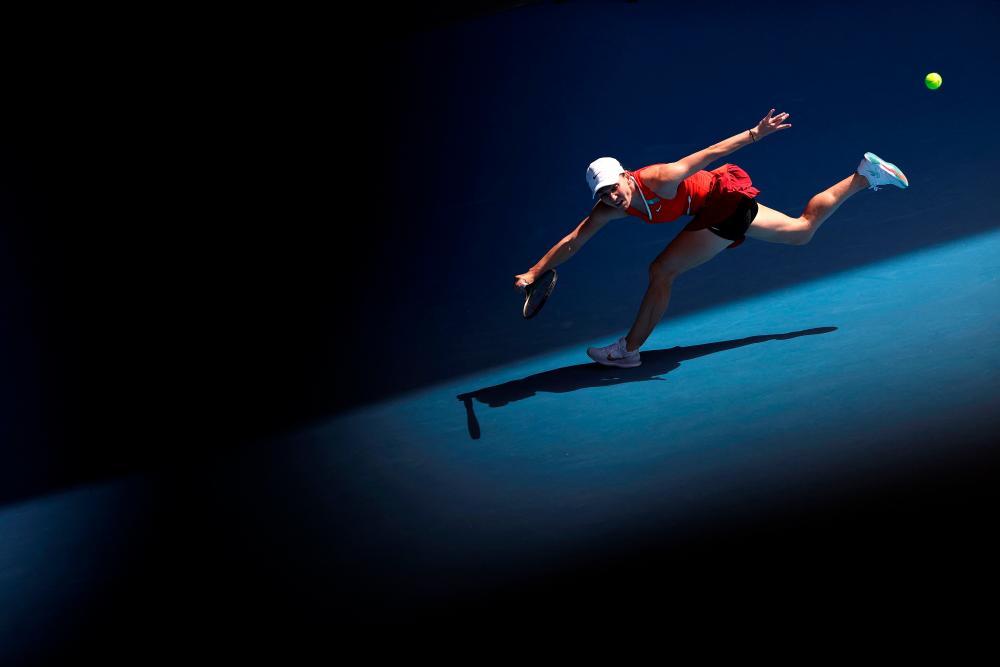 Romania’s Simona Halep hits a return against Poland’s Magdalena Frech during their women’s singles match on day two of the Australian Open tennis tournament in Melbourne on January 18, 2022. AFPPIX

MELBOURNE: Former world number one Simona Halep said she was still dreaming of more Grand Slam success Tuesday despite an error-strewn performance to reach the Australian Open second round.

The fit-again Romanian 14th seed came into the tournament full of confidence after her first title in 16 months at the Melbourne Summer Set.

But she struggled to find her groove against Poland's 102nd-ranked Magdalena Frech before banking the win 6-4, 6-3 on Margaret Court Arena to keep her hopes of a third major title alive.

“I feel good physically, I have no problems. I think I’m fit. I worked hard in the off-season,“ she said when asked if she could go all the way at Melbourne Park.

“I don’t know what to say about the final. It’s one of my dreams to get there, but I know it is difficult. I’m not going to think about that.”

Halep, the runner-up in 2018 to Caroline Wozniacki and semi-finalist two years later, is on her way back after a truncated 2021 season when she struggled with calf and knee injuries.

It was a far-from-convincing performance against Frech, with both players struggling to hold serve in the opening set. The Pole was broken three times and Halep twice.

Ultimately, the Romanian was stronger in the rallies and she finally sealed the set on serve with a trademark backhand down the line.

Neither player's serve improved in the second set with Halep immediately breaking before Frech went on a three-game win streak as the error-count mounted.

Halep then reeled off five games in a row to ensure victory and a second-round clash with either American qualifier Katie Volynets or Brazil's Beatriz Haddad Maia.

“The first match is always tough, I was very nervous,“ she said.

“My serve is not that strong like other players that are very tall.

“I didn’t feel like it was a big minus today. Was not great, but was not bad.” - AFP