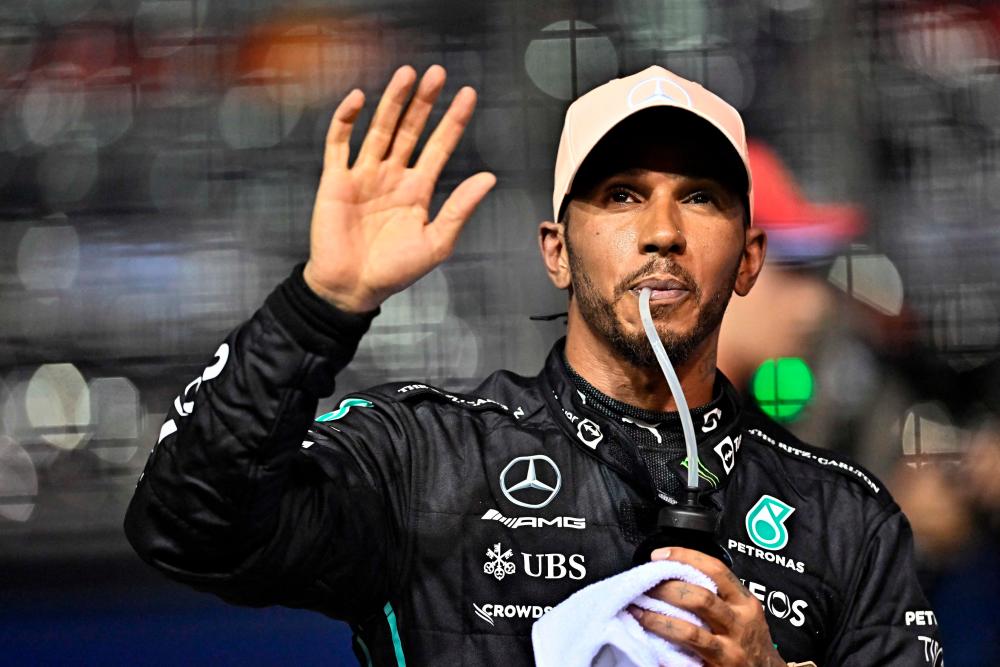 SINGAPORE: Lewis Hamilton (pix) will be allowed to keep wearing his nose stud at the Singapore Grand Prix for medical reasons, but his team were fined 25,000 euros ($24,500) on Sunday for failing to notify stewards.

Mercedes were slapped with the penalty by Formula One’s governing body, the FIA, for submitting a self-scrutineering form that said the British driver had removed all jewellery and piercings in line with regulations.

“In recent events Hamilton had removed the piercing prior to the competition. The team assumed, without enquiring of Hamilton, that he had followed or would follow the same procedure for this event,“ said the FIA stewards in their ruling.

“The stewards accept that the error in the declaration in this case was not intentional or deliberate. Given these circumstances, we fine the team 25,000 euros.”

Seven-time world champion Hamilton told reporters that he was wearing the stud again on the advice of doctors after suffering from an infection when he removed it.

“I’ve had my jewellery and my nose stud for years and obviously we had that whole commotion at the beginning of the year,“ Hamilton said.

“At the time it was soldered in, so it didn’t come loose. They gave me for many races an exemption so I could find a solution,“ Hamilton explained.

“I tried... putting it in and out. It got infected because of that. I got a blood blister and had quite a sore on my nose. This is all stuff I told them before qualifying.

“I put it back in and in the last two weeks it’s started to heal and (doctors) asked that I keep it in.”

Hamilton was summoned to the stewards’ room after qualifying third-fastest for Sunday’s race at the Marina Bay circuit.

“Broadcast footage showed Hamilton wearing an item of jewellery in the form of a body piercing (nose stud) during the session,“ said a statement from the stewards.

Hamilton “explained that he had been advised by his doctors not to remove it for the time being... the team produced reports from a medical practitioner that confirmed Hamilton’s explanation.

“In light of the extenuating circumstances, we have determined to take no further action.”

Hamilton said it was “all a bit silly” for his jewellery to become such an issue this season, despite the rule banning drivers wearing it being around for decades.

“One of the best excuses I was given a long time ago was about heat and if you are in a fire metal conducts heat,“ he said.

“But our zip is metal, our buckle around our helmet is metal, we’ve got the wires with aluminium metal in them,“ Hamilton continued.

“It’s crazy that we’re having to talk about something so small. It’s all a bit silly. Hopefully they’ll be sensible.

“The stewards should be there to keep us safe most importantly. But this is not a safety issue.”-AFP