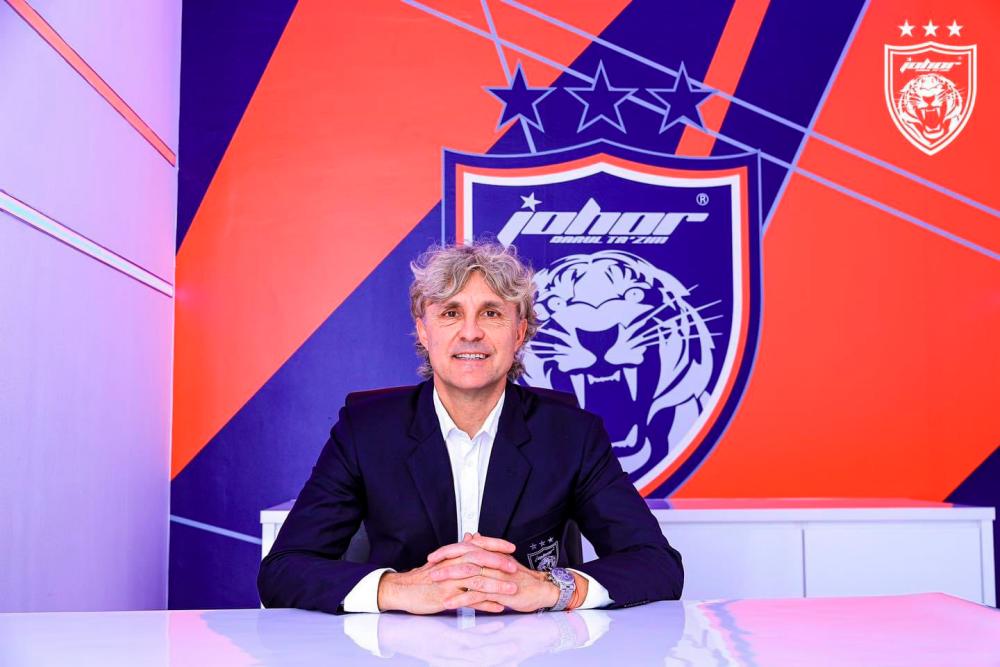 According to JDT, the 54-year-old Bidoglio began his coaching career with Argentine club Newell’s Old Boys before coaching in the top divisions of Argentina, Peru and Ecuador.

“He was also under the tutelage of leading (Argentinian) coach Marcelo Bielsa when they were part of the Chile national squad coaching set-up,” the club said.

The club said Mora had to return to Mexico to attend to some personal matters.

They also said that Mora was JDT’s most successful coach, having guided the Southern Tigers to four Super League titles, four Charity Shields and one Malaysia Cup as well as taking them to the knockout rounds of the AFC Champions League this year.

According to JDT, the Mexico-born coach won 102 of the 148 matches that he was in charge of throughout his two stints with the club since 2017. – Bernama