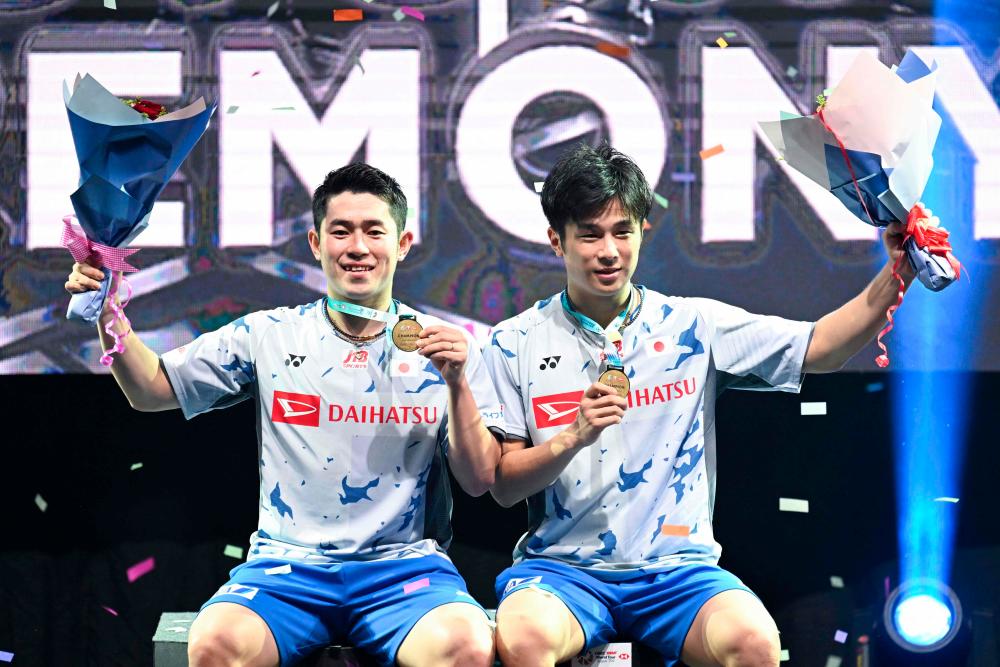 Both pairs produced a sublime performance in a tightly contested first game which kept the fans in Axiata Arena on the edge of their seats, before Hoki-Kobayashi edged the young Indonesians 24-22.

Fajar-Muhammad Rian then raised their play to power past their opponents 21-16 in the second game.

In the decider, it was a neck and neck battle until 5-5 but from there on, Hoki-Kobayashi stepped on the accelerator to claim the title with a 21-9 win.

Meanwhile, Hoki said it was great for them as the world number two to win their first ever Malaysia Open title, and they were aiming to dethrone the current world number one, Marcus Fernaldi Gideon-Kevin Sanjaya Sukamuljo of Indonesia, to be on top of the world rankings next.

He also hoped to maintain their fine performance in the Badminton World Federation (BWF) World Championships on their home soil, scheduled to be held from Aug 21 to 28.

He said they would tread with caution as other pairs would be looking to wrest the world title from them.

”We will make use of the remaining weeks to fine-tune and be better prepared for the world championships,” he added. - Bernama 2.We won’t rest on our laurels: Pearly