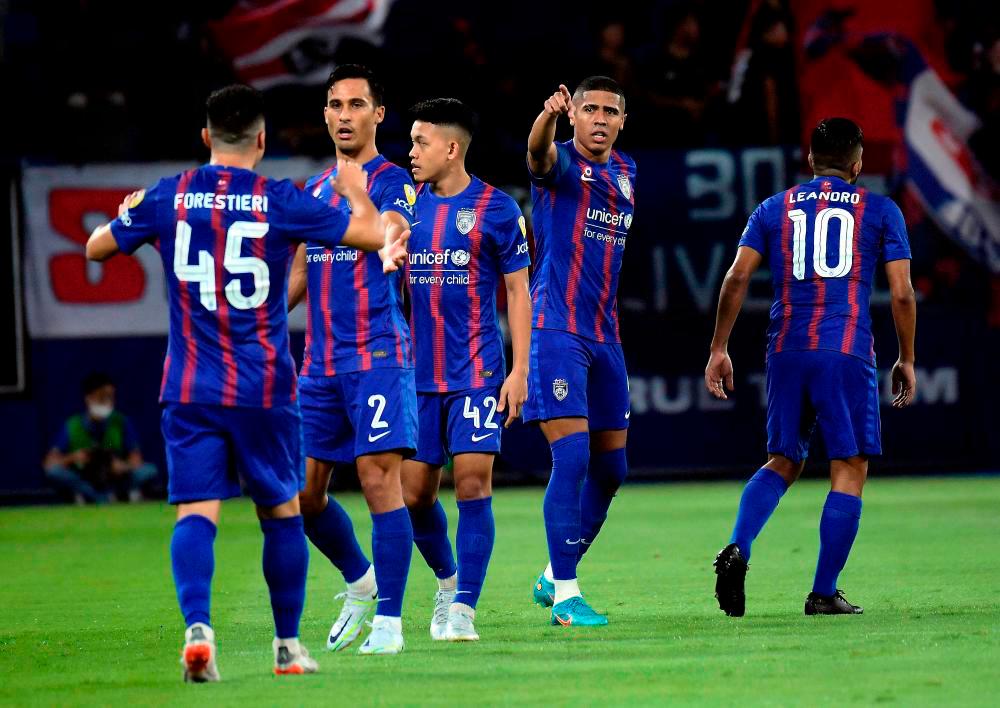 KUALA LUMPUR: High riding Johor Darul Ta’zim (JDT) is on the right track to claim the 2022 Malaysia Cup and complete a ‘treble’ after having won the Super League and FA Cup competitions earlier.

JDT who lost the Malaysia Cup final last year to KL City (0-2) under coach Benjamin Mora who has since been replaced by new coach Hector Bidoglio, will be on a mission to avenge that defeat when they face 33 times Malaysia Cup winner Selangor FC, at the National Stadium in Bukit Jalil, on Saturday.

For Selangor FC who have seen a resurgence since new coach Tan Cheng Hoe took over the reigns two months ago, the match against JDT would certainly be an acid test to the coach as well as the players, since JDT has shown a consistent performance throughout the season.

“I believe the outcome of the final will favour JDT, due to the calibre of the players and the consistent performance shown by the team. Their performance, their planning and quality has been a class above the rest...just look at the statistics of the team’s results in the Super League, FA Cup and Malaysia Cup.

“(Selangor) has seen a resurgence but maybe it will not be enough. For me, the head to head result and player to player assessment certainly favours JDT...the combination of Bergson da Silva and Fernando Forestieri in attack is currently the best in the league,” said former Kedah coach Mohd Azraai Khor Abdullah when contacted by Bernama, today.

Azraai who led Kedah to a ‘treble’ in 2007 and 2008, believes JDT has the capability and capacity to claim the title. For JDT founder and owner, Tunku Ismail Sultan Ibrahim, the result would serve as a profitable dividend for his hardwork and vast investment to uplift football in the state and country.

Former National team head coach B. Sathianathan feels the titanic clash against Selangor FC would enable JDT to produce a high tempo performance by world class players who can showcase to capture the Malaysia Cup that slipped from their grasp last year after losing to Kuala Lumpur (KL) City FC in the final.

“I expect JDT to come out with guns blazing...every big match, JDT comes on top and what can stop the players of JDT from producing their best will be their own destiny...that is all...since they are in their best form currently.

“Selangor are also preparing well for the final and Cheng Hoe has done a great job. Overall I think Cheng Hoe has improved the Selangor squad so much that they are now controlling games and more matured in their tactics, but JDT are always on top of other opponents,” he said.

Sathinathan who had also coached Selangor from 2018 to 2020 feels though Cheng Hoe is familiar with a number of top JDT players when he was the National coach, that would not give Selangor the egde on Saturday.

“I agree that Selangor’s performance has improved tremendously after Cheng Hoe took over as head coach. However, with the presence of prolific players in the JDT squad, I believe JDT will have the edge to emerge as champion,” said the Kuching City FC coach who led his team to the last 16 stage of the Malaysia Cup this season.

The last time Selangor emerged as the Malaysia Cup champion was back in 2015 while JDT were champions in 2017 and 2019.

The head to head record between JDT and Selangor favours JDT with three wins and two draws.

In September, both teams played to a 1-1 draw in a Super League match at the Petaling Jaya City Council Stadium in Kelana Jaya. - Bernama