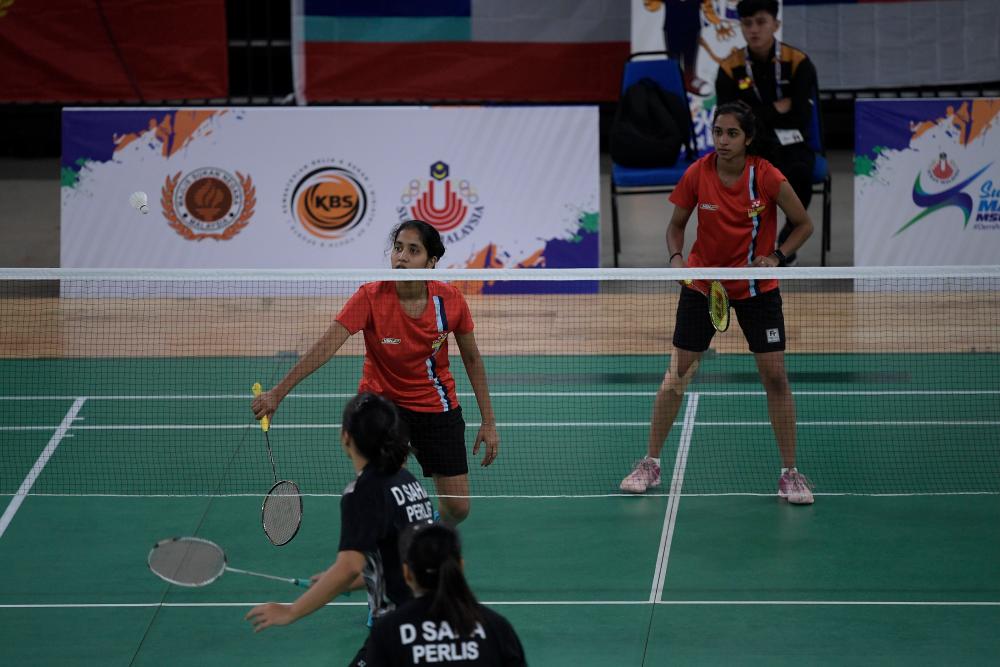 The battle was between sisters Kasturi-Venosha Radhakrishnan of Selangor against Dylyvya Saha-Dyvylyn Saha Davincy Saha of Perlis, who is continuing the legacy of Saha siblings.

“We really need this gold because Sukma is a prestigious tournament in the country for new talents. So it will bring our profile up when we go out for tournaments and help us to secure funding,” the 20-year-old Venosha told Bernama.

The siblings who are training under the New Vision Badminton Academy in Petaling Jaya, is currently funded by their father, a retired Royal Malaysia Customs officer and his former tuition students.

“We started when I was 6, as we tag along with our four elder brothers to training for their school level competitions, but eventually they focused on football and futsal. At first we just played without big goals, but once we got selected into the Selangor team, it really fired our determination to excel.

“My father, who a national level athlete for rugby, really want us to go up in badminton. For me, I am stronger in doubles, while Kasturi is into singles, having won a few titles such Cameroon International,” she added.

After Sukma, Kasturi-Venosha will be competing at the Vietnam Open next week, followed by Indonesia International Challenge from Oct 11-16 and Indonesia Masters from Oct 18-23. 4.Situation back to normal in Johor , two PPS closed