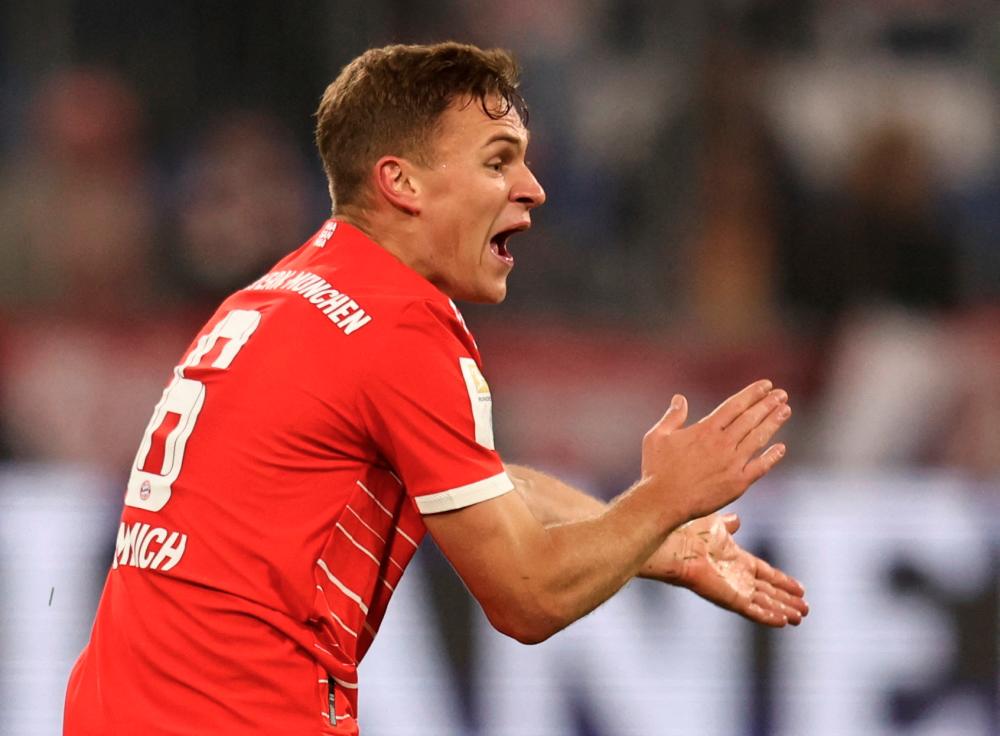 The German champions, chasing a record-extending 11th league crown, had possession but were far less effective than their opponents who looked to be snatching the three points courtesy of Ellyes Skhiri’s fourth minute volley at the far post.

But Kimmich scored with a long-range effort to lift leaders Bayern, who have now drawn their last two league matches, to 36 points.

“We had to change things after the second half and we dominated after the break. Two points from the last two matches is too little for us,” said Bayern coach Julian Nagelsmann.

The Bavarians had also drawn 1-1 against RB Leipzig last week.

“We had chances but we had to use at least one of them. Cologne defended with many players in the last 25 minutes,” Nagelsmann said. “It is good to have 15 shots towards goal but we are happy when we start scoring more than just one.”

Leipzig, 6-1 winners against Schalke 04, are in second place on 32. Eintracht Frankfurt, third on 30, take on Freiburg on Wednesday.

Buoyed by last week’s 7-1 demolition of Werder Bremen, Cologne were sharper throughout the first half and a step faster to the ball, keeping Bayern, who face Paris St Germain in the Champions League last 16 next month, well away from their box.

The Bavarians, who sacked goalkeeping coach Toni Tapalovic on Monday, a close friend of injured goalkeeper Manuel Neuer, completely dominated after the break.

Despite the one-sided traffic could not find a way to score for much of the second half.

Substitute Thomas Mueller had their best chance but Marvin Schwaebe tipped his 80th-minute header over the bar. The keeper was beaten, however, when Kimmich’s missile went in off the bar in the last minute. ― Reuters