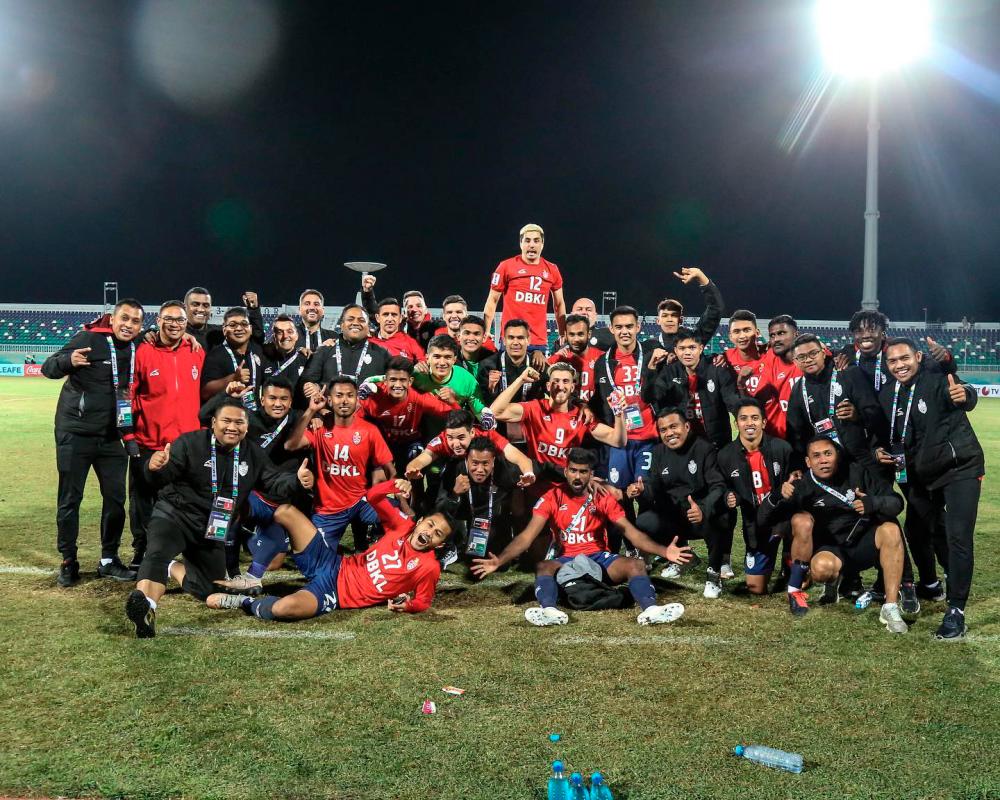 The sensational victory will see coach Bojan Hodak’s boys take on Club Al Seeb from Oman in the final on Oct 22, after the Oman club earned a spot in the final by thrashing Al-Riffa from Bahrain 4-0 in another Inter-Zone final yesterday.

In the match held at the Sogdiana Sporting Complex, KL City goalkeeper Kevin Ray Mendoza emerged as a hero when he saved a number of dangerous strikes during the match and also saved a spotkick during the penalty shootout.

He saved the second penalty taken by defender Shakhboz Jurabekov.

Home side Sogdiana made several attacking moves in the first half but failed to put the ball into the net and KL City too had a number of missed chances.

KL City becomes the second club from Malaysia to make the final of an AFC Cup competition.

Nine times Malaysian Super League champion Johor Darul Ta’zim achieved a historic feat by becoming the first Malaysian club side to win the AFC Cup back in 2015, after beating Tajikistan’s Club Istiklol, 1-0 in the final. - Bernama May I Help You combines love, suspense, and excitement

2.Najib fails in appeal to set aside Mareva injunction in SRC suit

5.May I Help You combines love, suspense, and excitement