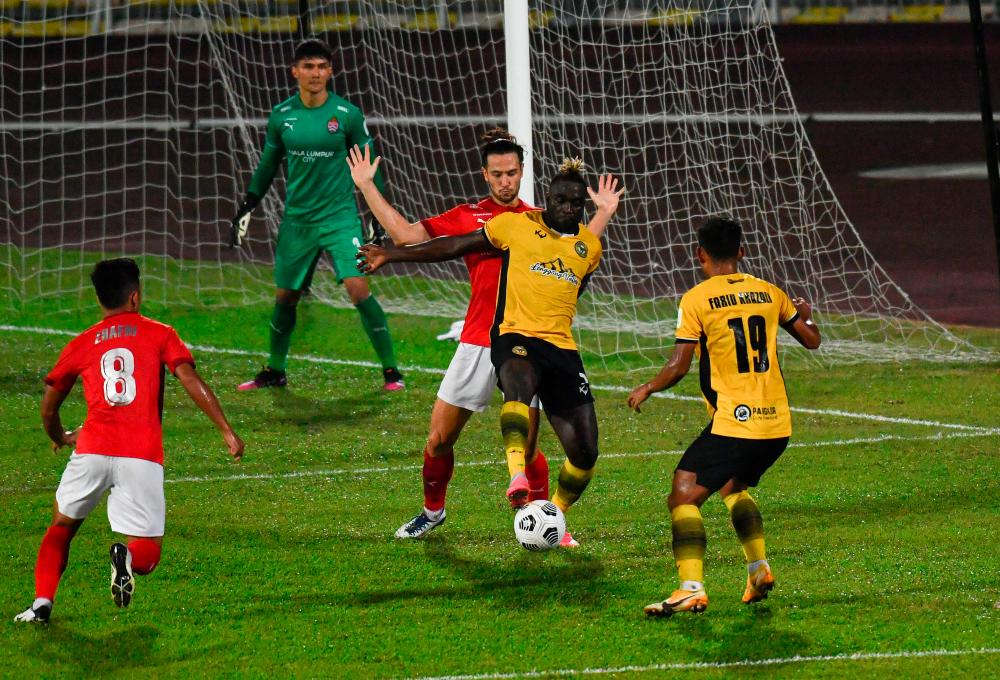 KUALA LUMPUR: Kuala Lumpur City FC and Perak FC played to a goalless draw at the Perak Stadium in Ipoh in the only Super League match last night.

Bojak Hodak’s charges remain in sixth place with 19 points after securing four wins in 15 matches with this draw. The City Boys had mounted several attempts to score as soon as the match started, but were foiled by the Bos Gaurus squad’s defence. Both teams struggled to find the net and neither team could capitalise on their opportunities.

The second half was no better, and both teams had to be contented with sharing the spoils as the final whistle blew.

As soon as the match started, the team, coached by Yusri Che Lah and Michael Feichtenbeiner, tried their best to create opportunities and score, but to no avail, as the first half ended goalless.

Selangor FC 2 were the more aggressive team in the second half, managing to create several dangerous attempts before their captain Harith Haiqal Adam Afkar headed in the ball and scored the only goal of the match in the 59th minute.

Both teams could not get the upper hand in the first half, and squandered several chances to hit the net.

The action continued into the second half but the Turtles proved to be the victors when Jordan Mintah scored in the 66th minute.- Bernama