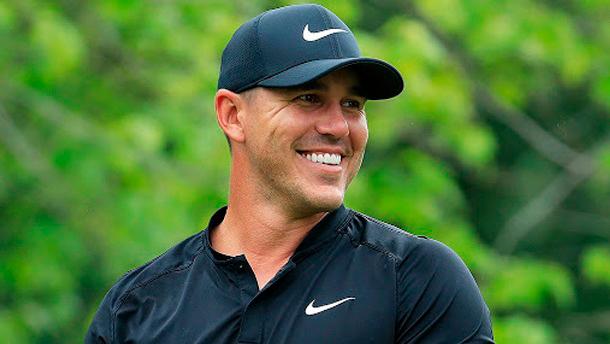 LOS ANGELES: Brooks Koepka, injury troubles “squared away” is back – again – and hoping some good golf will see him end a disrupted 2020 on a high note.

“I’ve got my body squared away, feels a lot better,” Koepka said in Las Vegas Tuesday as he prepared to make his first start in almost two months at the US PGA Tour CJ Cup at Shadow Creek.

Koepka, who started the year ranked No. 1 on the world but was bumped out of the top 10 this week, has been sidelined since withdrawing from the first event of the US tour’s playoffs, the Northern Trust, in August.

The two-time US Open champion missed the coronavirus-postponed championship at Winged Foot as he continued to recover from a hip injury that he says was related to earlier knee trouble.

It was at the CJ Cup in South Korea last year that Koepka slipped on some wet concrete and aggravated a prior left knee injury.

He was sidelined three months, and played just two months before the pandemic brought golf and the rest of the sports world to a halt.

In 13 starts worldwide this year the four-time major winner has two top-10 finishes, including a tie for second at the WGC event in Memphis.

He was in contention at the PGA Championship in San Francisco as he sought a third straight title. But he fired a final-round 74 and after missing the cut at the Wyndham Championship he called a halt to focus on treating and rehabbing his hip.

“I really had no idea how bad I felt through the whole year,” Koepka said. “It’s the whole reason I played like crap.”

Koepka said he received another round of platelet-rich plasma treatment on his knee about three weeks ago. He also had a painkilling injection in his hip, but was told that rest would be the real key.

“It’s just all about trying to make sure everything’s good. I spent basically the last month out in San Diego, so I haven’t been home. I’m just doing rehab every day and just trying to get better.”

Koepka said he had only been hitting balls for about 10 days, but he expects no physical limitations this week at Shadow Creek, where the CJ Cup was moved after Covid-19 concerns prevented it from being held in Asia.

Despite the uncertainties, in characteristic Koepka style he said just one thing would define a good week for him: “Winning.”

He makes his return against a strong field, despite the withdrawal on Tuesday of world No. 1 Dustin Johnson after a positive Covid-19 test.

Three off the top four – Jon Rahm, Justin Thomas and Rory McIlroy – and 14 of the top 20 are competing.

All are looking ahead to November and the Masters at Augusta National, and Koepka said the reshuffled schedule gives him a chance to finish strong in a difficult year.

Koepka said he didn’t watch golf during his absence, and so didn't see Bryson DeChambeau bully Winged Foot into submission to claim his first major title at the US Open.

But DeChambeau, the world number five who is taking four weeks off to prepare for the Masters, apparently caught Koepka’s attention with his latest plan to add even more distance to his drives: switching to a longer 48-inch driver that he hopes to have in play at Augusta.

While DeChambeau’s power game has critics, Koepka isn’t among them.

“He’s using one of his skills to his advantage,” Koepka said. “He’s always had speed, but he’s pushing it to that next level, finding the boundaries of how far he can actually hit it and play with it and he’s done a good job of that. He’s hitting it a mile.

“I mean, the 48-inch driver, I don’t know. Is that the longest you can use? OK, if he uses it there’s a chance he gains even more yardage.

“Hey, it’s something he’s found that's working for him. I don't see anything wrong with it.” AFP

2.Cracks on road could get worse if rains continue — Perak MB

4.Applicants who failed to get a place in public universities may send in appeal