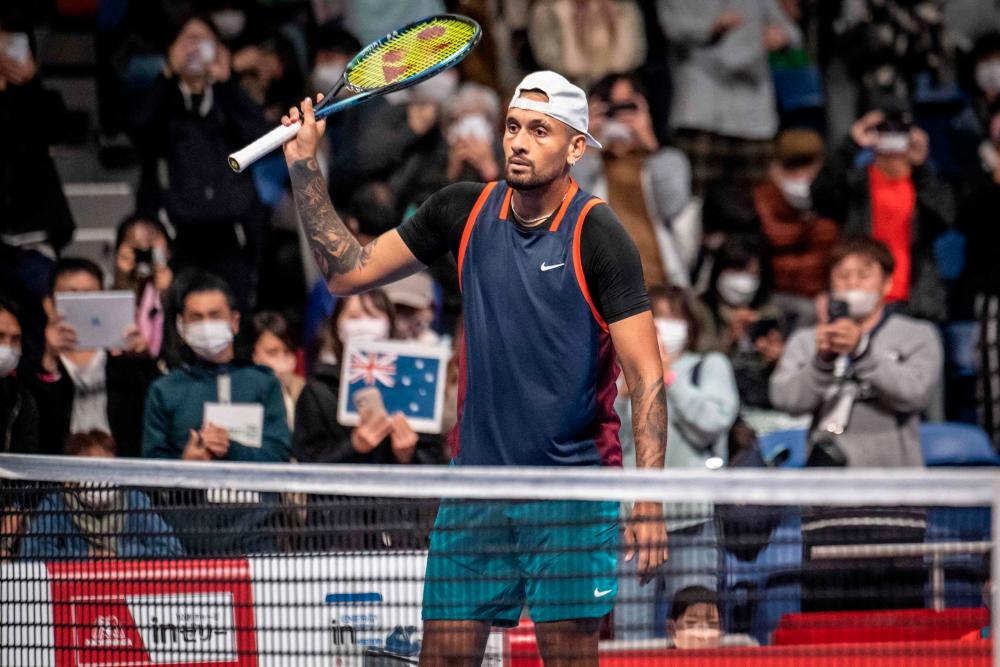 TOKYO: Nick Kyrgios pulled out of the Japan Open minutes before the quarter-finals on Friday with a sore left knee, calling the decision “heartbreaking” but saying it was for the best.

The mercurial Australian star had been scheduled to pay third-seeded American Taylor Fritz, who will now advance into Saturday's semi-finals.

At a hastily announced press conference around the time the match was due to begin, world number 20 Kyrgios said he had “been playing amazing tennis all year” but it had been physically taxing.

“I actually was dealing with a bit of a knee issue around the US Open time, and got back home, probably didn’t take enough time off, to be honest, I went straight back into training,“ he said.

“It’s heartbreaking. When the body lets you down, it’s not a good feeling.”

The 27-year-old, seeded fifth in Tokyo, called the decision “the smart option for my body” with several events left to play at this year, and promised to return to the Japanese tournament in 2023.