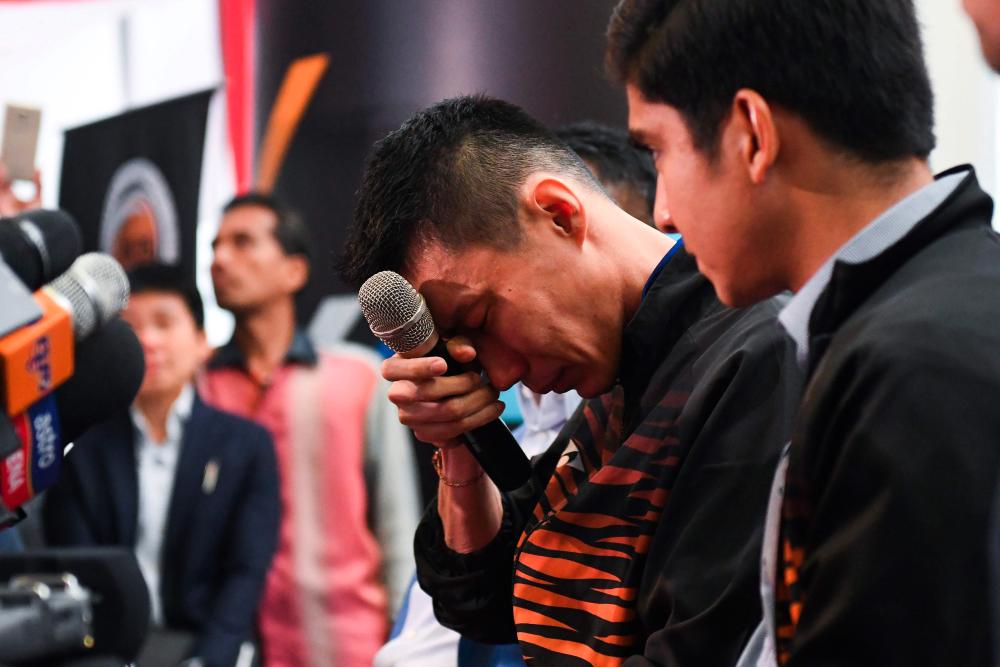 Lee, who spent a total of 348 weeks as world No. 1 but lost six world and Olympic finals, wept as he called it quits months after grappling with nose cancer.

“My decision to retire is a heavy one. I really love this sport. But it is a demanding sport. I thank all Malaysians for the past 19 years,“ Lee, 36, told a news conference.

Lee, a father of two, was diagnosed with early-stage nose cancer last year and after intensive treatment in Taiwan, said he was keen to play again.

But he hasn’t trained since April and after missing a series of self-imposed deadlines to return to competition, his hopes of being eligible for next year’s Tokyo Olympics were remote.

The three-time Olympic silver medallist said he now wanted to rest and spend time with his family.

He finishes his career with 705 wins and 69 titles, including five Commonwealth Games gold medals, four All England victories and a record 47 Superseries triumphs.

“I have no regrets. My health is more important,“ he said.

“I originally planned to retire after the Olympic Games. I made this decision due to my health.