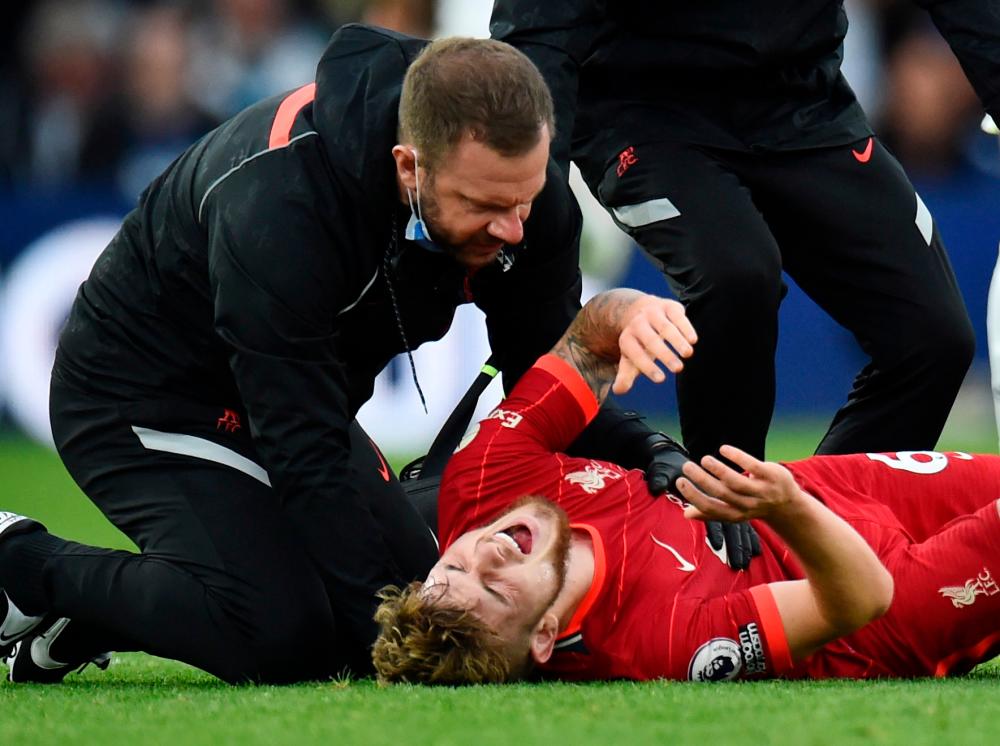 LONDON: Liverpool said on Tuesday they are confident teenage midfielder Harvey Elliott (pix) will play again this season after undergoing surgery on a dislocation of his left ankle.

The 18-year-old was carried off during Sunday’s 3-0 win at Elland Road with an injury that caused visible distress to his team-mates following a tackle that saw Pascal Struijk sent off – a dismissal Leeds are appealing against.

Elliott had surgery on Tuesday and will now begin a programme of rehabilitation.

“We were able to reduce the dislocation immediately on the pitch and Harvey had surgery today to repair the fracture and ligaments damaged in the incident.

“The operation was a success so his comeback starts now.

“We won’t put pressure on him by setting a specific timeframe beyond being able to say with confidence we expect him to feature again later in the season following our rehab programme.”

Liverpool manager Jurgen Klopp had previously said Elliott “was in the best possible place” with goalkeeper Alisson Becker adding: “The medical staff obviously had to work hard to give him the best conditions for recovery but Harvey knows that we are here for him whenever he needs us.

“We are a real unit as a team. We celebrate together, and when an important player gets injured we are injured together for him.” – AFP

5.Three localities in Pahang, one in Sabah under EMCO from Monday - MKN