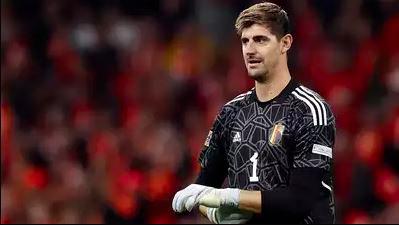 MADRID: Real Madrid goalkeeper Thibaut Courtois will miss Sunday’s La Liga clash with Osasuna after his club announced he was suffering from sciatica.

The Belgian goalkeeper is not expecting to be out for long, according to Spanish reports which say he will be fit to face Barcelona in the Clasico on October 16.

Ukrainian goalkeeper Andriy Lunin is likely to replace Courtois in the short-term. He has made five appearances for the club since joining from Zorya Luhansk in 2018.

Before the Clasico Real Madrid host Shakhtar Donetsk on Wednesday, visit Getafe in La Liga, and then play Shakhtar again in Poland, where the Ukrainian side’s Champions League group games are being played because of the Russian invasion. - AFP