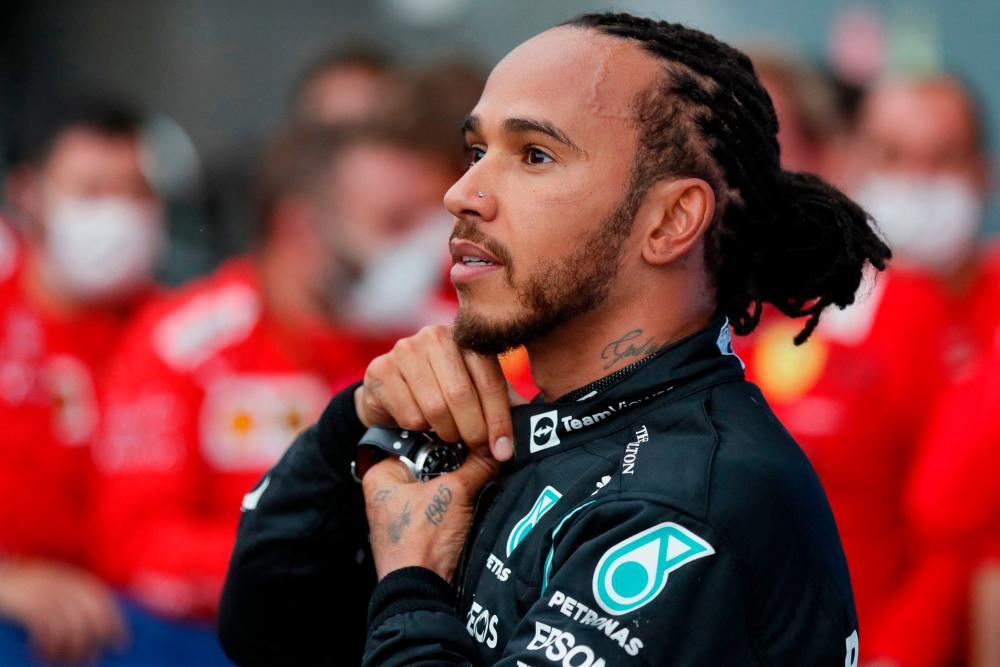 SOCHI: Lewis Hamilton (pix) described becoming the first driver to win 100 Formula One races as “magical” on Sunday while his Mercedes team boss Toto Wolff hailed the landmark as “mind-blowing”.

The 36-year-old Briton reached his century by winning the rain-lashed Russian Grand Prix at Sochi.

Seven-time world champion Hamilton also moved back to the top of the drivers standings by two points from Max Verstappen, who finished second in a Red Bull.

“I could only ever have dreamed of still being here and having this opportunity to win these races and get to drive against such phenomenal talent this late in my career.

“To continue to build with Mercedes, of which I’m so proud of everything we’ve done, not only on track but also off and yeah, this is just a special moment for everyone that has been a part of it. I’ve had the most incredible team.”

Hamilton won his first F1 race in Canada in 2007 as a 22-year-old and behind the wheel of a McLaren.

He was also the sport’s first black race winner.

His 99th victory came on home ground at Silverstone in July this year but it was achieved in controversial circumstances.

On the opening lap, Hamilton, determined not to let Verstappen escape, charged through on the inside. The Dutchman shut the door, hit Hamilton and careened out of the race.

Hamilton served a 10-second penalty, then hunted down Charles Leclerc to grab an eighth home victory.

“There were moments where you didn’t even know if it was going to happen,” admitted Hamilton on the long wait to convert 99 into 100.

“Those final few laps were so intense, but we managed to make the right calls and lead the field across the finish line,” he said.

“A big congratulations to Lewis on his 100th win. What we are witnessing is just mind-blowing.

“It’ll be talked about for the next few days, but it’ll only be years down the line when we realise that we’ve all been part of this journey.

“A journey no other driver in F1 history has done so far. That’s beyond race wins and championship victories, that is the very human part of all this.”

Red Bull team chief Christian Horner, meanwhile, described Hamilton’s achievement as “insane” but predicted the title race will go down to the last race in Abu Dhabi in December.

“Max was confident going into the race, but we thought top five might be possible so to come away with that podium is hugely valuable,” Horner told Sky Sports.

“I have to say congratulations to Lewis on his century of wins, which is insane. For us, to come away from here only two points behind in the drivers’ championship with an engine penalty taken, that’s great news.”

Horner added: “This is going to go all the way to Abu Dhabi, I’ve got absolutely no doubt about that, and it’s going to be a phenomenal competition.” – AFP

4.91 handicraft entrepreneurs in Perak get RM2,000 one-off aid each