Malayan Tigress to ‘experiment’ against Bangladesh 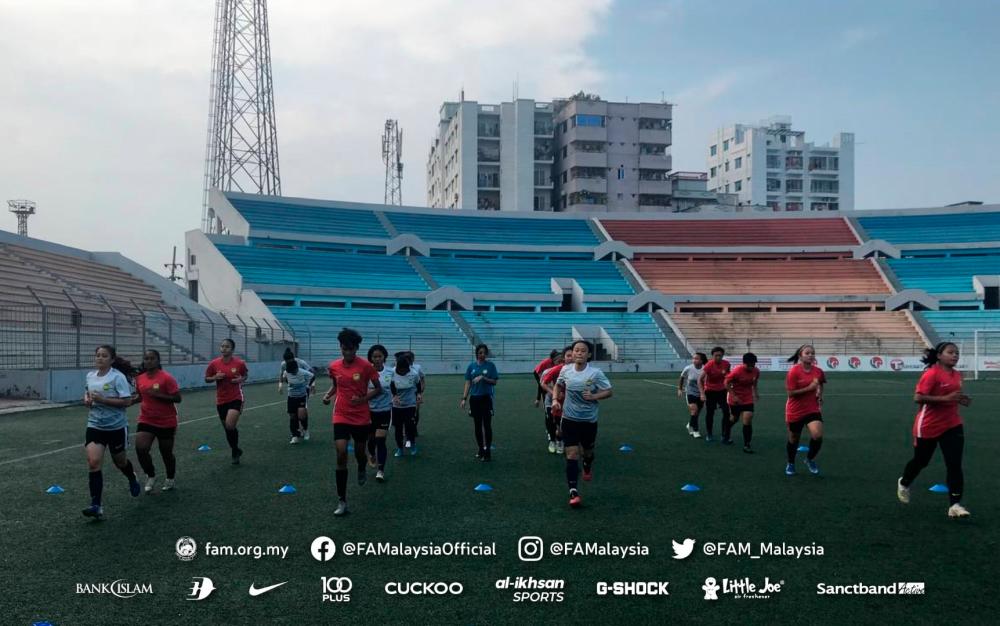 Malayan Tigress head coach Jacob Joseph said the two matches against the 146th-ranked team in the world tomorrow and Sunday will test the team’s tactical strategy in facing the AFF Championship which is scheduled to take place from July 4 to 17 in the Philippines.

He said it was also a valuable opportunity for the Tigress, who are ranked world 85th, to gain experience from high-intensity action before facing the intense challenge at the tournament.

“Since our opponents in the AFF field are very tough, we will apply more tactics to defence and counter-attack. We want our players to be more confident in defence.

“Bangladesh will offer great sparring resistance to my charges and this is splendid so that we can fix all our weaknesses before the actual tournament,“ said Joseph who is currently in Sylhet, Bangladesh when contacted by Bernama today.

At the AFF Championship, Malaysia will start the Group A campaign against Singapore on July 4, Indonesia (July 6), Philippines (July 8), multiple champions and 2019 runners-up Thailand (July 10) and Australia on July 12 (semifinals on July 15; final on July 17).

Commenting further, Jacob said the list of 30 players called to attend centralised training camp from June 14 to 30 is a combination of young and experienced players.

“I have a mix of seniors to guide the younger ones. We hope that in two to three years, the rookies will be more mature in handling match pressure,“ he said.

In the meantime, Jacob said the success of the Harimau Malaya (men’s squad) led by Korean coach Kim Pan Gon to qualify on merit for the 2023 Asian Cup has inspired the national women’s team to emulate proud achievements in the future.

He said all his players have pledged to do their best for victory and make Malaysia proud.

For the record, Malaysia failed to advance to the knockout stage of the 2019 AFF Championship which was the last time the competition was organised, after finishing the group stage in third place by collecting two wins from a total of four matches.

The best achievement of the national women’s team in the AFF Championship was in the 2007 edition where Malaysia reached the semi-finals. - Bernama