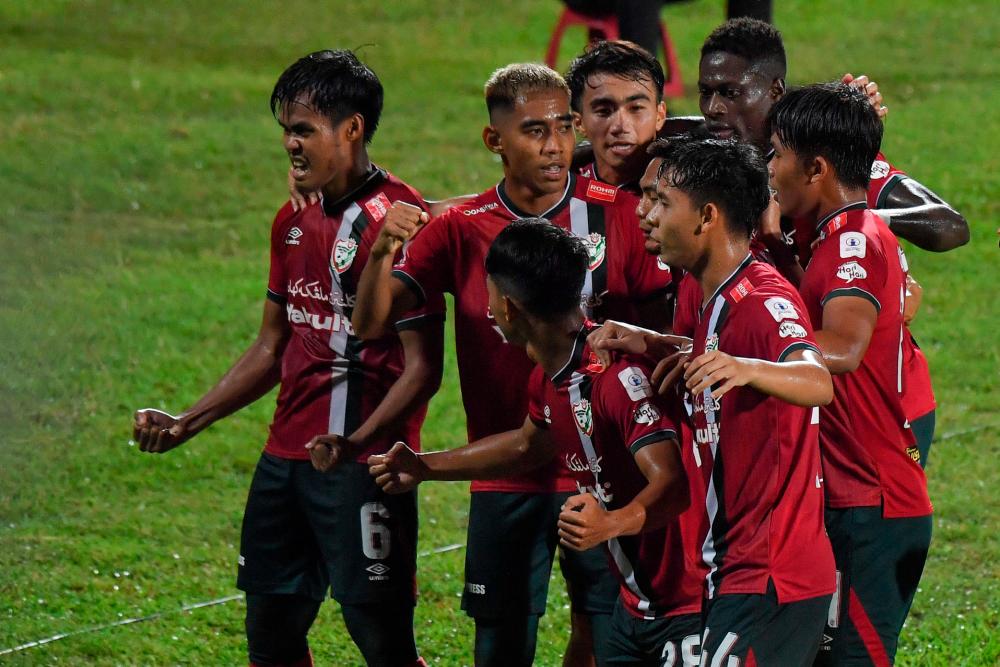 “Playing Kedah is no easy task as they are among the favourites and they have always had a very good track record in the Malaysia Cup.

“We will settle for a draw, and if we get to steal three points, then it would be a bonus,” he told Bernama here today.

Nazrulerwan said Kelantan United’s preparations for their campaign opener have been challenging, with time not on their side after playing their final game of the Premier League only on Friday.

“We rested yesterday and did some light training today before heading out to Kedah,” he said.

Nazrulerwan now wants his players to ride on the victories garnered in their final two Premier League matches and use that momentum as motivation for their match against Kedah.

“It can be done as long as they stick to what was planned on the training ground,” he said. - Bernama