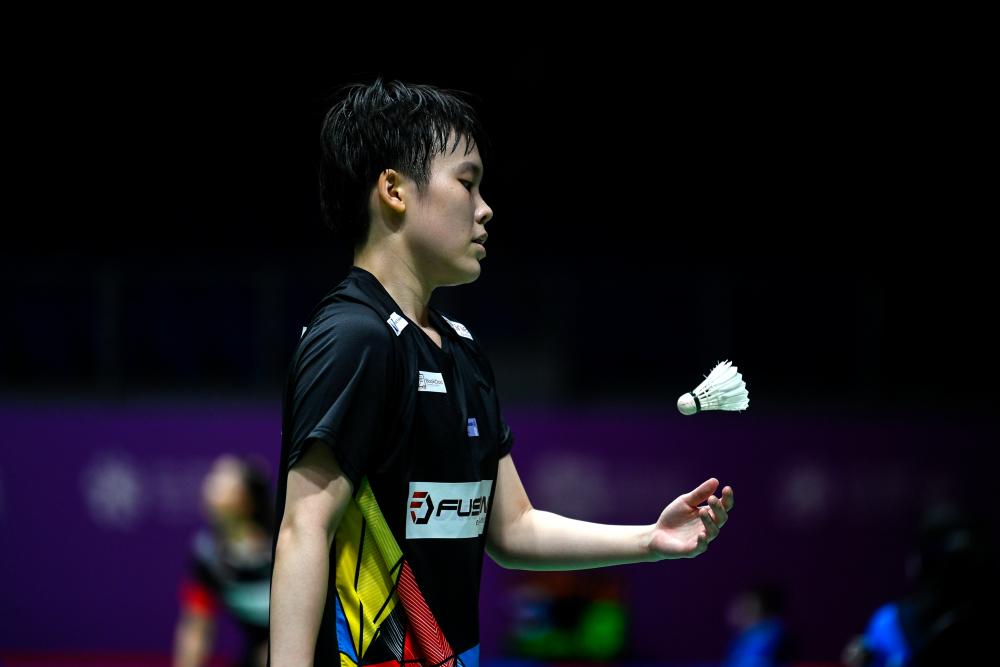 Jin Wei, who is Malaysia’s sole survivor in women’s singles, admitted that the gruelling first set battle against American shuttler, Beiwen Zhang had drained her in the match played at the Axiata Arena.

However, the world number 69 managed to recover and eventually won the tie 21-19, 21-18, to check into the second round tomorrow.

“I think I was very lucky to win the match... I almost fainted when changing sides before the second game, maybe I was too focused on chalking up points in the first set,” she told reporters after the match.

A tricky journey lies ahead for Jin Wei as she is set to face world number two, Tai Tzu Ying of Taiwan in the second round.

Nevertheless, the Penangite vowed to give Tzu Ying a run for her money tomorrow.

“I will enjoy every shot and of course try to give my best by piling the pressure tomorrow,” she said.

Tang Jie, who admitted that he was inconsistent today, was grateful that Valeree managed to rise to the occasion and backed him throughout the game.

Meanwhile, it was a tournament to forget for independent shuttler, Soong Joo Ven as he was eliminated twice within a day.

Wan Arif-Muhammad Haikal will be involved in another all-Malaysian affair against Man Wei Chong-Tee Kai Wun, after the latter trounced Nur Mohd Azriyn Ayub-Lim Khim Wah, 21-13, 21-14, in the opening round yesterday. — Bernama