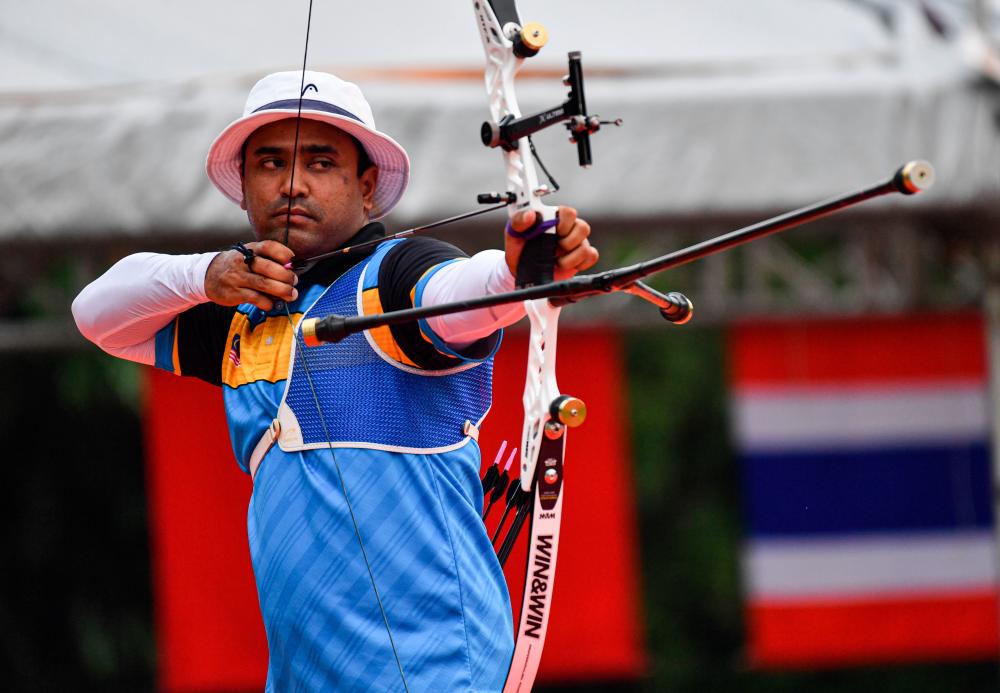 In the action at the National Sports Training Centre here, the duo who started well against Indonesian pair Riau Salsabilla Ega Agata-Rezza Octavia failed to maintain their momentum and lost 2-6, thus having to settle for the silver.

Khairul Anuar said it was not a case of over confidence after achieving a perfect score in the beginning, but admitted that it changed his approach to some extent which eventually did not pay off.

“After getting a perfect score, we wanted to go for the kill but our focus on shooting somewhat dipped. That was a mistake on my part, besides my archery action here was also a bit lacking.

“But in any case, I am satisfied as we always do our best, we do not dispute the victory because we have done what we can,“ he said when met by reporters .

His sentiments was also shared by Syaqiera who said: “Initially, I got the technique (right) because I didn’t think too much and just wanted to shoot the arrows but then my thinking got in the way, added with the fierce competition given by Indonesia.”

At the same time, Khairul Anuar and Syaqiera each also won bronze in the men’s and women’s individual recurve and earlier Khairul had also grabbed bronze in the men’s team recurve with Bryson Tiew and Muhammad Zarif Syahir Zolkepeli after beating the Philippine trio 6-2.

The gold and silver in the men’s individual recurve event went to Indonesia after Arif Pangestu Dwi beat Riau Salsabilla 6-2 while Rezza ensured a glorious achievement for Indonesia when she grabbed gold by beating Narisara Khunhiranchaiyo of Thailand 6-0 in the women’s competition.

Meanwhile, the national trio of Nur Ain Ayuni Fozi, Nuramalia Haneesha Mazlan and Syaqiera did not manage to collect any medal in the women’s team recurve event when they lost to Myanmar 4-5 in the bronze play-off. - Bernama