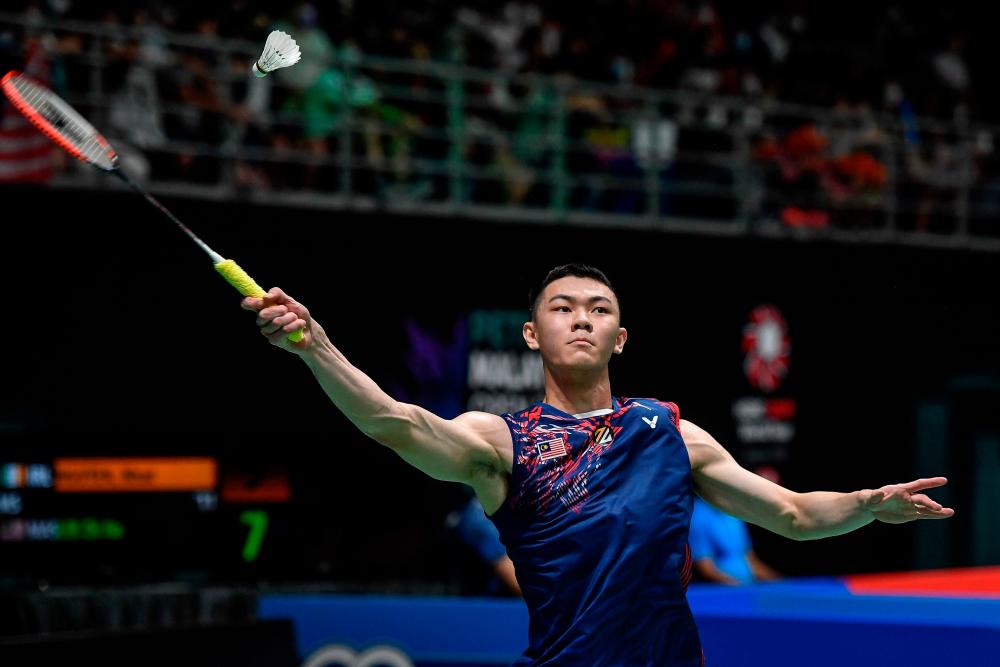 Although it was a point-for-point battle in the early part of the first game, the world number five Zii Jia did not face much trouble from the world number 40 shuttler, winning 21-15, 21-11 in 47 minutes.

Commenting on the win, Zii Jia said he was now better at handling the pressure compared to his last appearance in the 2019 edition, before the tournament was halted for two years due to the Covid-19 pandemic.

“I am more composed and mature to handle any kind of pressure, especially with this kind of crowd here. The solid support of fans is definitely very good for players.

“However, the wind condition this time is different from that I experienced three years ago. I have not adapted 100 per cent to the strong draft. There is room for improvement in the next matlch,” he told reporters.

In the last 16 tomorrow, the 24-year-old former All England champion is expected to have another easy match against Shesar Hiren Rhustavito of Indonesia, who received a walkover from Rasmus Gemke of Denmark.

The 22-year-old Johorean said he could have won the match if he had increased the speed when tied at 18-18 in the decider.

“Today I was determined to go all out for a win. My training in the past few weeks also went well; the injury is no excuse for the defeat.

“After this I will have to be better focused and rectify my weaknesses to ensure victory if given another chance like this,“ he said.

Tze Yong will now focus on his preparations for the Malaysia Masters next week, followed by the Commonwealth Games in Birmingham from July 28 to Aug 8. — Bernama