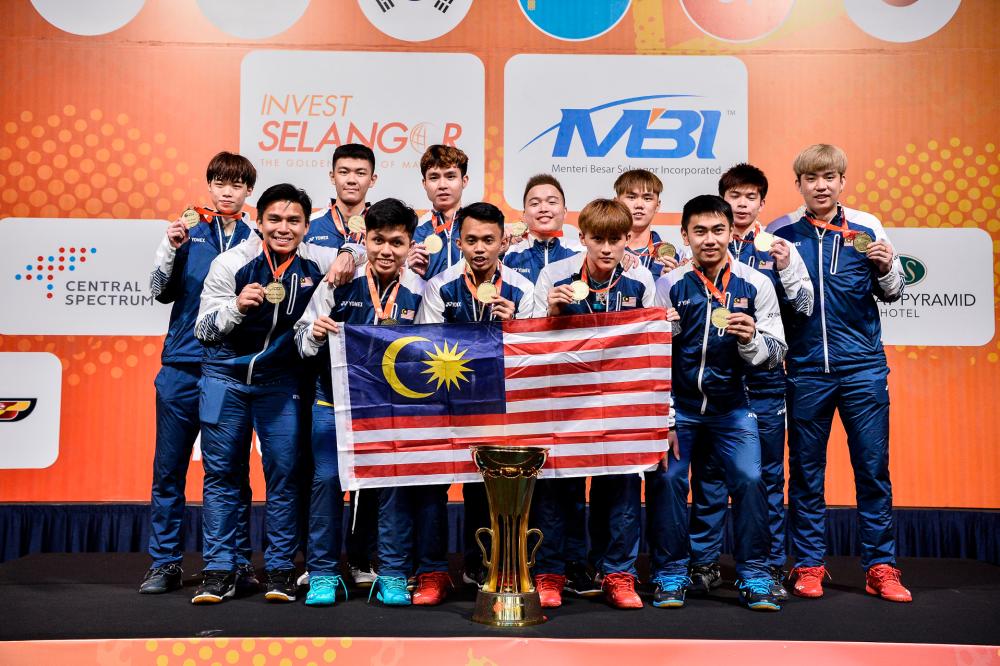 Malaysia’s win over Indonesia’s second stringers dashed their arch-rivals’ hope of securing their fourth straight BATC title since the tournament began in 2016.

In the opening match, Malaysia’s All England champion Lee Zii Jia got off to a rocky start as he lost to Chico Aura Dwi Wardoyo 14-21 in the first game.

Buoyed by a 200-strong home crowd at the Setia City Convention Centre, Zii Jia stepped up a gear with a series of fiery attacks which saw the world number seven take a 16-6 lead over the 23-year-old Indonesian before sealing the second game at 21-12.

In the rubber game, Zii Jia proved too strong for Chico, drubbing him 21-10 to deliver the first point for Malaysia.

In the next match, Tokyo Olympics 2020 bronze medallists Aaron Chia-Soh Wooi Yik had to slog for 56 minutes to beat Leo Rolly Carnando-Daniel Marthin, who are ranked 28th in the world.

The world number seven Aaron-Wooi Yik lost the first game 17-21 but recovered to win the second 21-13. The Malaysians clinched the nerve-wracking rubber game 21-18 to put Malaysia two up.

Young shuttler Ng Tze Yong then rose to the occasion to seal the championship point for the hosts.

The 21-year-old Tze Yong, ranked 47th in the world, put on a sublime performance as he subdued the world number 90 Ikhsan Leonardo Imanuel Rumbay in straight games.

After taking the first game 21-14, Tze Yong kept up the momentum in the second before delivering a powerful smash to wrap up the match 21-15 and crown Malaysia as the new king of Asia.

The crowd went wild. The Malaysian team rushed into the court to celebrate the historic win.

It was sweet revenge for Malaysia, as they lost 1-3 to Indonesia in the 2020 final in Manila, the Philippines.

Despite the loss to Malaysia, Indonesia can still afford a smile as their women’s team won their first ever BATC title earlier today.

The Indonesians defeated South Korea 3-1 in the women’s final.