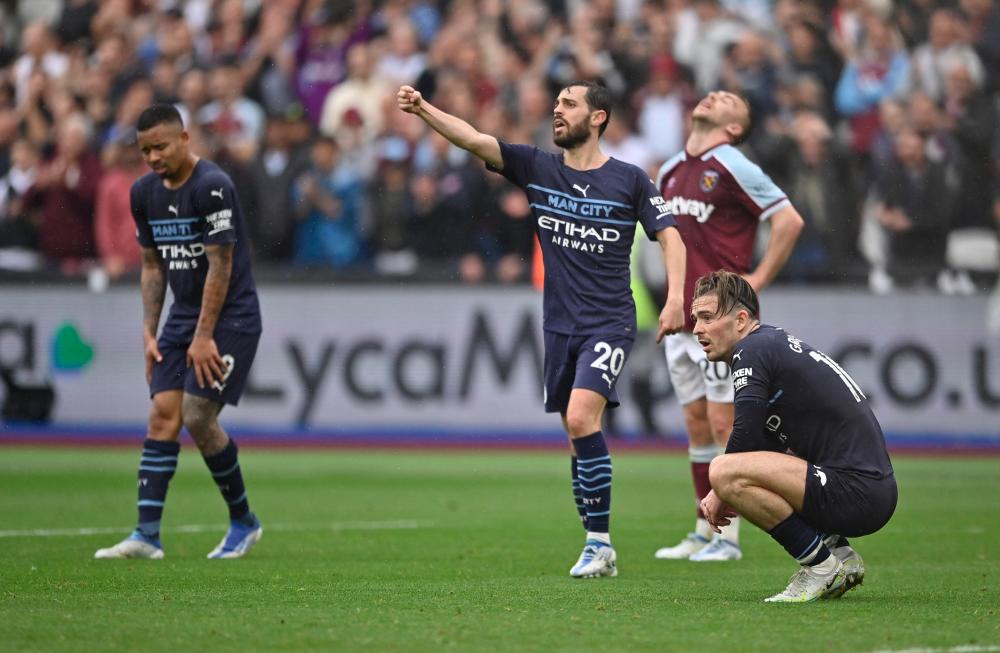 LONDON: Manchester City fought back from 2-0 down to draw 2-2 with West Ham United today but the Premier League leaders dropped two points in the title race.

With Liverpool playing at Southampton on Wednesday, City had the chance to open a six-point lead at the top but the draw at the London Stadium meant they moved four points above Liverpool, with one game left.

West Ham’s Jarrod Bowen struck twice in the first half, but Jack Grealish pulled one back for City early in the second half before Vladimir Coufal scored an own goal. Riyad Mahrez missed a golden chance to seal a City win after he missed a late penalty.

After City defender Oleksandr Zinchenko lost track of Bowen, the West Ham forward raced on to Pablo Fornals’ pass over the top and took it round goalkeeper Ederson for a clinical finish in the 24th minute.

Bowen added another in the 45th minute when Michail Antonio sent him through with a clever pass and the English forward’s low strike from the edge of the box found the bottom corner.

City playmaker Grealish scored for the visitors in the 49th minute with a volley from inside the box before West Ham defender Coufal headed a cross from Mahrez into his own net in the 69th minute.

Mahrez could have turned hero for City in the 86th minute but his spot-kick was kept out by keeper Lukasz Fabianski after Craig Dawson brought down Gabriel Jesus in the penalty box. - Reuters