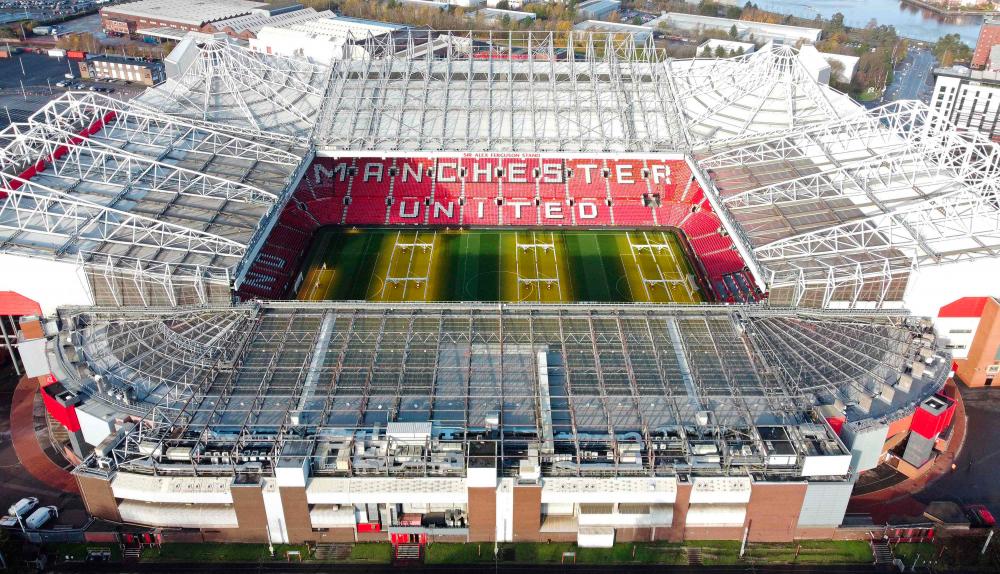 MANCHESTER UNITED needs new owners to halt years of decline and fans should be given a real say in how the club is run in future, the Supporters Trust MUST said on Wednesday.

The Premier League club’s U.S. owners are looking at options for the 20-time English champions, including new investment or a potential sale, 17 years after the Glazer family bought the club.

“Our club needs new investment more than ever. That requires new ownership,“ MUST, the leading fan group, said in a statement.

“Any new ownership structure must embed supporters, including a degree of fan share ownership, in their operating model.”

The news, which broke on Tuesday, triggered jubilation and some trepidation at what the future might hold among supporters in online chatrooms and fan forums.

“I hope this isn’t an out of the frying pan and into the fire situation,“ declared one fan on the r/reddevils forum on reddit.

Supporters have sought a change of ownership for more than a decade and the clamour has grown louder with a lack of success on the field.

United have won nothing since they lifted the Europa League and League Cup trophies in 2017 and their world-renowned Old Trafford home and training facilities are also in need of an update.

“The Glazers, they don’t care about the club or professional sport. Manchester (United) is a marketing club,“ Portuguese forward Cristiano Ronaldo said this month in an explosive interview that led to his departure.

Duncan Drasdo, the MUST chief executive, told Sky Sports television “the real way to unlock the value of Manchester United is to work in partnership with the fans, not exploit them as customers.

“We want the opportunity to be partners with new investors,“ he added.

Drasdo said fans were not looking at who might be the richest bidders, with plenty of speculation focusing on potential Middle Eastern investors as well as British billionaire Jim Ratcliffe.

“We want people who want to own the club and have the same ideals and goals as fans rather than looking to extract value for themselves,“ he added.

Ratcliffe, who heads chemicals company INEOS, said last month he had contacted the Glazer family about buying United but was told the club was not for sale.

His name was widely mentioned among fans as someone many would welcome, although there were fears he might be priced out with some estimates putting the club’s worth at more than $4.5 billion.

“Until we know who’s buying, there cannot be any celebration,“ wrote a supporter on TheRepublikOfMancunia.org forum.

“Only when the Glazers are out the door will I give in to the excitement,“ said another. - Reuters