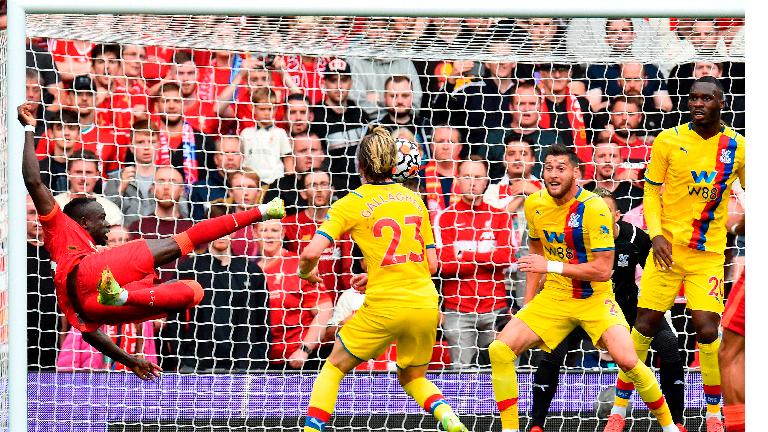 LIVERPOOL: Sadio Mane’s third goal in four Premier League games set Liverpool on their way to a 3-0 win against Crystal Palace on Saturday and his return to form has handed manager Jurgen Klopp a timely boost in what is shaping up to be a tight title race.

Mane was below-par last season and his haul of 11 league goals well down on previous years, but he has got out of the blocks quickly in the current campaign and reached a century of goals in all competitions for the Anfield club in the hard-fought home victory over Palace.

It was also a Premier League record ninth goal in succession against the London club, a team he clearly enjoys playing against, and calmed the home team's nerves after what had been a frustrating opening 43 minutes.

“I am lucky to score so many goals against Palace. But the most important thing was the three points. Right place, right time. I am lucky and happy. Thank you to all the fans, club and staff. Without them I am nothing,” Mane told BBC Sport.

“I think people are not wrong saying Manchester City, Chelsea and Manchester United as well for the title. We will try to be our best and at that level.”

Mane felt his side deserved the win despite some scares from Palace, with the scoreline given a more emphatic look by late goals from Mohamed Salah and Naby Keita.

“It was a tough game, we worked hard for these three points, but we deserved them," he said. “It can be complicated playing after a Champions League game, you have to prepare well.

“We didn’t create many chances today, but we did very well from our set-pieces.” – Reuters

4.No one obstructed Arul Kanda from attending PAC proceedings - Witness