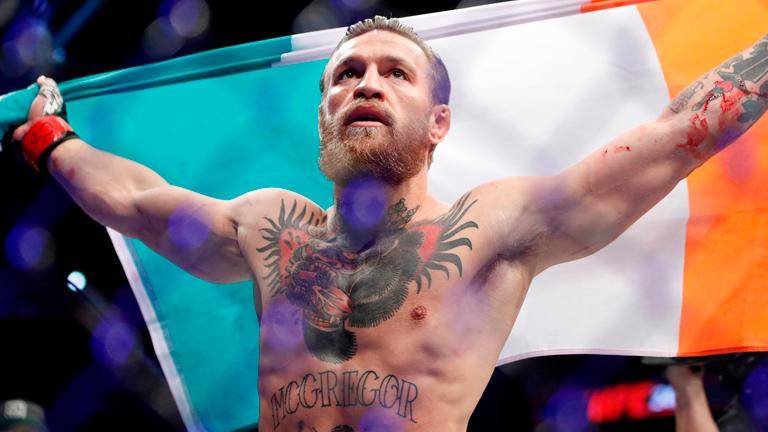 ABU DHABI: Former two-weight UFC champion Conor McGregor (pix) would love to avenge his loss to the undefeated Khabib Nurmagomedov but has said he will not pursue a rematch after a bad-tempered 2018 title clash that erupted into a mass brawl between the camps.

Nurmagomedov's father died due to complications from COVID-19 last year and, following a spectacular submission win over Justin Gaethje that extended his professional record to 29 wins and no defeats, the Dagestani said he was retiring after promising his mother he would not fight again.

Irishman McGregor, speaking at a media conference at the Etihad Arena in Abu Dhabi where he faces American Dustin Poirier in a lightweight bout on Sunday, showed none of the brashness that made him famous as he addressed the chances of a rematch.

"It's a tough business, he (Nurmagomedov) has things going on in his personal life. I don't wish him any harm. It was in 2018, a lot of time has passed, the world knows this fight is not over. The sport needs it to happen, the people need it to happen, (but) I'm not going to chase it," the 32-year-old said.

With his son and daughter in the front row with his partner, Dee Devlin, McGregor was dressed in a sharp suit as always, but his manner seems to have softened in recent years following a number of run-ins inside and outside the cage.

His only fight since losing to Nurmagomedov was a 40-second demolition of Donald Cerrone in January last year and, with the co-main event between fellow lightweights Dan Hooker and Michael Chandler, a win on Sunday could put McGregor in line for another title shot.

"I'm very excited to get in and fight. I've put in an immense amount of work to get my frame correct at 155 (pounds in weight). I want to answer questions here," McGregor said. – Reuters

5.$590 million in ransomware payments reported to US in 2021 as attacks surge