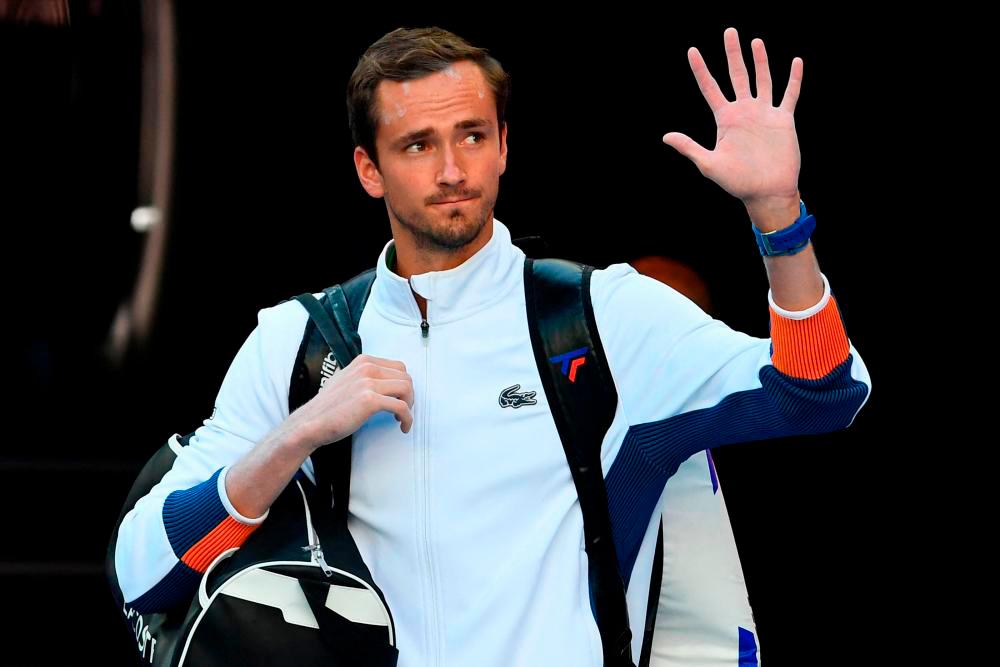 US Open champion Medvedev has traditionally struggled on clay, needing five trips to Paris before he broke his French Open duck, reaching the quarter-finals last year.

This year, the eccentric Russian played and lost his only match on the surface when he returned to action in Geneva last week after a hernia operation.

The 26-year-old takes on Argentina's 103rd-ranked Facundo Bagnis who began his year by defeating former world number one Andy Murray in Melbourne.

Medvedev and Tsitsipas have been drawn in the opposite half of the tournament to 13-time winner Nadal, defending champion Djokovic as well as teen sensation Carlos Alcaraz.

“It’s good from one side to have them on the other side of the draw. At the same time, me, even more than other tournaments, I have to focus on myself,“ said Medvedev.

“There are a lot of good clay court players. I’m playing one of them first round, lefty, likes to spin the ball.”

Fourth-seeded Tsitsipas, who lost the 2021 final to Djokovic after leading two sets to love, has a dangerous assignment against Italy's Lorenzo Musetti in the night session on Court Philippe Chatrier.

The 20-year-old, ranked 66, also led Djokovic by two sets in the last 16 in 2021 before injury curtailed his challenge.

This year on clay he made the quarter-finals in Marrakech and third round at Monte Carlo, Barcelona and Madrid where he was forced to retire against world number three Alexander Zverev.

Simona Halep, the 2018 champion, who is working with Serena Williams's coach Patrick Mouratoglou, faces Nastasja Schunk, an 18-year-old lucky loser from qualifying, ranked at 165 in the world.

Before that match on Court Philippe Chatrier, French fans will possibly bid farewell to Jo-Wilfried Tsonga, the former world number five who will retire once his French Open campaign ends.

Tsonga, unseeded, lost the 2008 Australian Open final to Djokovic as the Serb claimed the first of his 20 Grand Slam titles.

He made it to the semi-finals twice at both the French Open and Wimbledon and finished runner-up to Roger Federer at the ATP Finals in 2011.

“It’s a moment which I am sure will be full of emotion,“ said the 37-year-old who takes on eighth seed Casper Ruud, the champion in Geneva at the weekend. - AFP