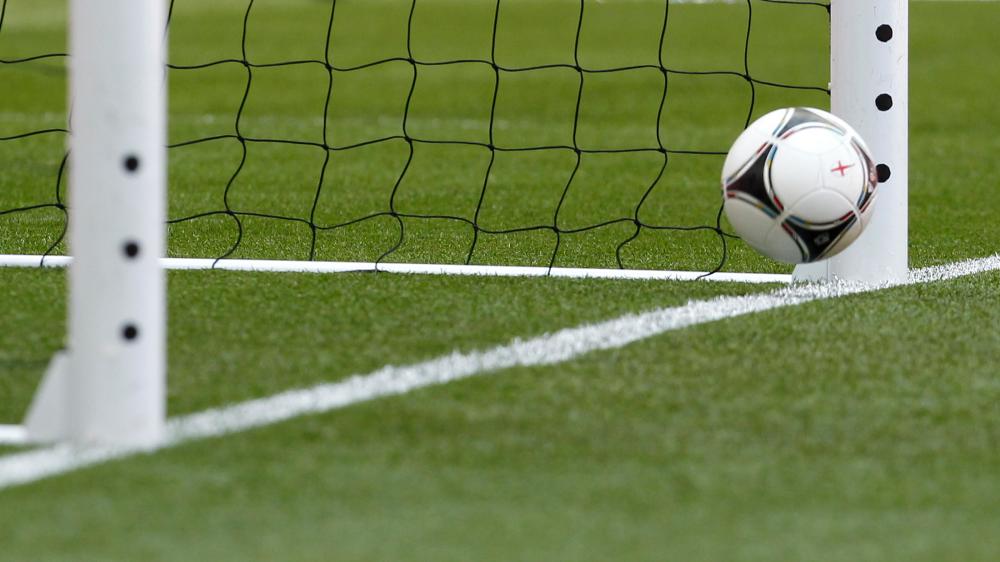 Picture for representational purpose only. — AFP

SHANGHAI: A youth international footballer reportedly detained a year ago in China’s crackdown on the Uighur ethnic minority group signed for a club in the country’s second tier on Thursday.

Professional footballers’ union FIFPro said in June that it was concerned about Erfan Hezim, a promising forward with Chinese Super League (CSL) side Jiangsu Suning.

Suning had declined to comment amid claims that he had been interned with up to one million Uighurs and other Muslim minorities in camps in Xinjiang.

Hezim — who has been pictured with Lionel Messi — was held in February 2018 “for visiting foreign countries”, said the US-funded Radio Free Asia, citing anonymous sources in China’s western region of Xinjiang.

His picture was scrubbed from Suning’s website and that same month he abruptly stopped posting on Weibo, China’s equivalent of Twitter.

His penultimate post showed him posing in Dubai wearing sunglasses.

But he was back on social media in January this year and then last week Suning released photos on Weibo of Hezim playing in a reserve game.

Eagle-eyed fans were quick to spot his return after a year’s absence.

On Thursday, League One club Shaanxi Chang’an Athletic announced on Weibo that they had signed the player.

It was not immediately clear whether Hezim, said to have been 19 at the time he was reportedly detained, had signed on loan or on a permanent basis.

The club posted an archive video of Hezim — also known as Ye Erfan — scoring a spectacular overhead kick for China’s under-19 team.

Last September, amid growing international alarm about the treatment of Uighurs, Mirahmetjan Muzepper became the first player from the minority to represent China’s full national side.

China says that it has made Xinjiang safer after separatist and Islamic extremist threats and denied it is running a system of forced re-education camps, which it calls vocational training centres. — AFP