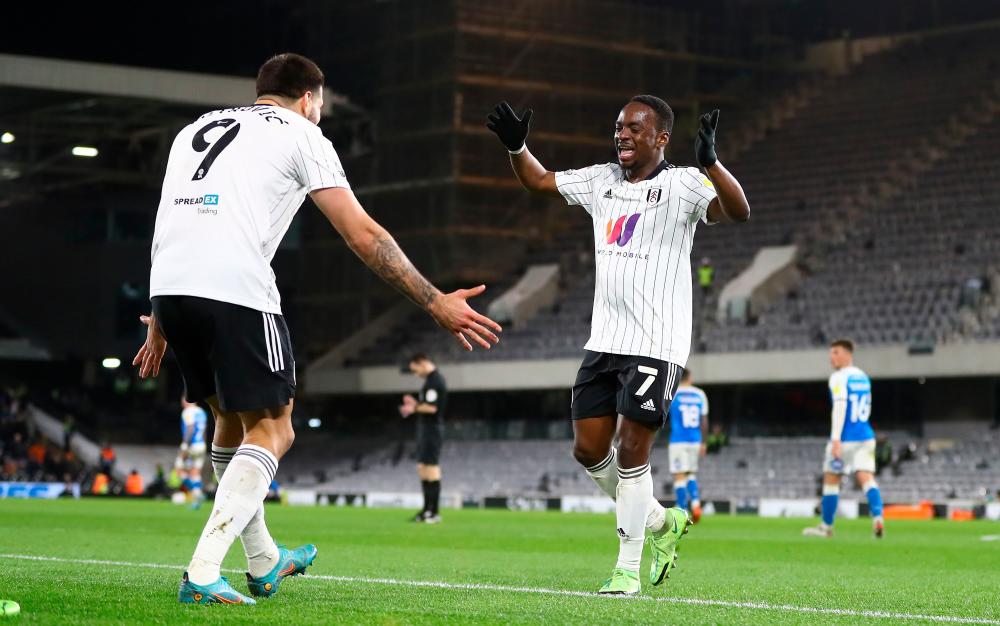 LONDON: Fulham striker Aleksandar Mitrovic broke the Championship goal record as he reached 33 for the season with a double in the leaders' 2-1 win against Peterborough on Wednesday.

Mitrovic's first-half penalty was the record breaker and he netted again in the second half to increase Fulham's lead at Craven Cottage.

The Serbian has smashed the record, set by Brentford's Ivan Toney when he scored 31 goals last season, with 14 games of the regular league campaign still remaining.

Jack Marriott pulled one back for Peterborough in the closing stages but it was too late for the strugglers to snatch a point.

Fulham are nine points ahead of second-placed Bournemouth thanks to a third victory in their last four games.

But Amos clinched QPR's first win in five matches, taking them up to third place, just two points behind Bournemouth, although the Cherries have three games in hand.

United defender Charlie Goode was sent off in the second half, but Blackburn's Reda Khadra saw a penalty saved by Wes Foderingham.

Millwall maintained their impressive record at Pride Park with a 2-1 win that dented Derby's hopes of avoiding relegation.

Jake Cooper's 88th-minute own goal set up a tense finale but Millwall held on for a fifth victory in their last seven visits to Derby.

Luton edged closer to the play-off places with a 2-1 win at Stoke, while fourth-placed Huddersfield beat Cardiff 2-1. - AFP

1.Mass evacuations in Vietnam ahead of Super Typhoon Noru