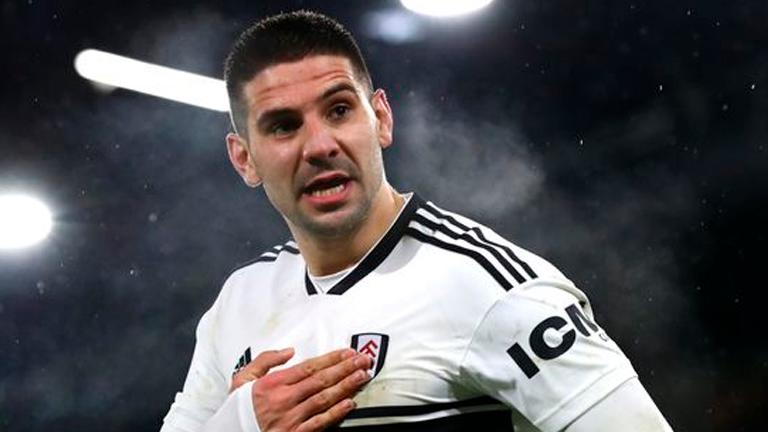 LONDON: Fulham’s Aleksandar Mitrovic (pix) delivered a man of the match display to celebrate his new contract as the Serbia striker inspired his Championship side’s 3-0 win against Stoke on Saturday.

Mitrovic signed a five-year deal with Fulham this week and he began to repay their faith in the demolition of Stoke at Craven Cottage.

He set up Harry Wilson for the Cottagers’ opener after five minutes, had a shot saved from which Bobby Decordova-Reid scored the rebound for Fulham’s second, before getting on the scoresheet himself with a simple tap-in to make it three.

Mitrovic did miss a stoppage-time penalty but that was only a minor blemish as Fulham moved three points clear at the top of the Championship after four wins from their first five games.

Fulham’s west London rivals QPR moved up to second place with a 2-0 win against Coventry at Loftus Road.

Lyndon Dykes came on in the 67th minute and had broken the deadlock 60 seconds later, with Yoann Barbet doubling their advantage nine minutes later to secure a first home win of the campaign.

Sorba Thomas starred as Huddersfield romped to a 4-0 win against Reading.

Two goals in quick succession put the game to bed as Thomas got the goal he deserved with a low shot and Danny Ward tapped in a fourth.

Sheffield United remain bottom after they could only manage a goalless draw at Luton.

Hull and Bournemouth also played out a 0-0 stalemate, while Blackpool stay in the relegation zone after they slipped to a 2-1 defeat at Millwall.

Andreas Weimann was the Bristol City hero as Cardiff were beaten 2-1 in an entertaining Severnside derby.

Brennan Johnson eased some of the pressure on boss Chris Hughton with a late strike that earned Nottingham Forest a 1-1 draw at midlands rivals Derby.

Barnsley and Birmingham played out a 1-1 draw, while Preston came from a goal down in a 3-1 win against Swansea.

Middlesbrough and Blackburn ended with 10 men each in their 1-1 draw. – AFP