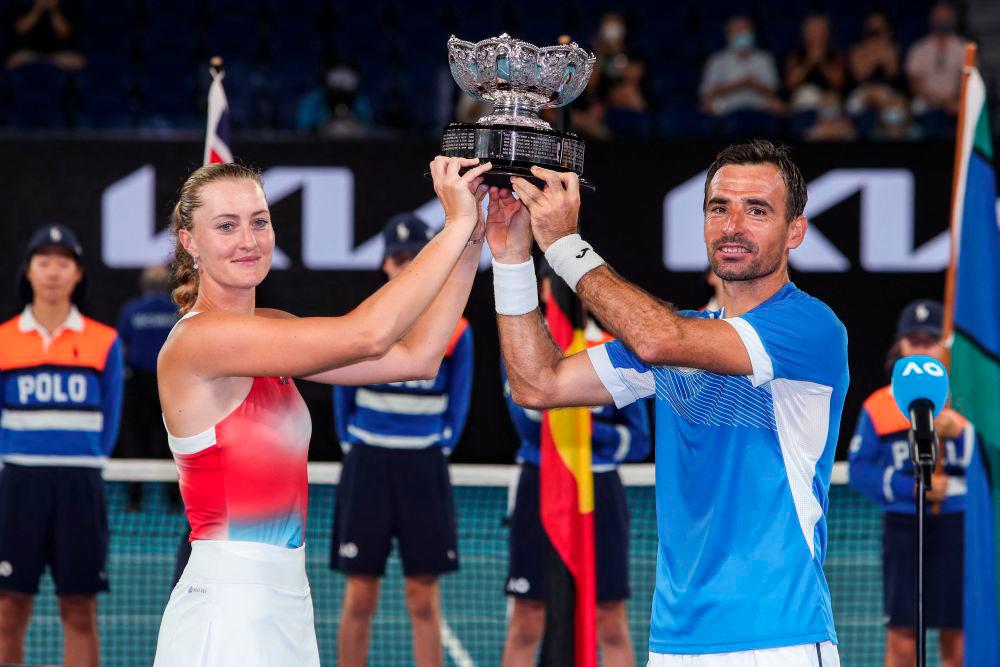 Playing under a closed roof on Rod Laver Arena, Mladenovic and Dodig got off to a solid start, securing a vital break at 4-3 before closing out the set after some big serving from the Frenchwoman.

The Australian wildcard pairing were broken again early in the second set as Dodig’s exquisite play at the net proved too good for Fourlis on serve.

The 22-year-old, however, made amends right away and forced Dodig into an error to get the break back and level at 2-2.

Momentum swung back quickly to Mladenovic and Dodig, however, and they secured another break before a fine angled volley from Mladenovic gave the fifth-seeded pair their first Grand Slam title together.

“We texted each other many times to play mixed. What a way to end our first time playing together,” said Mladenovic. — Reuters