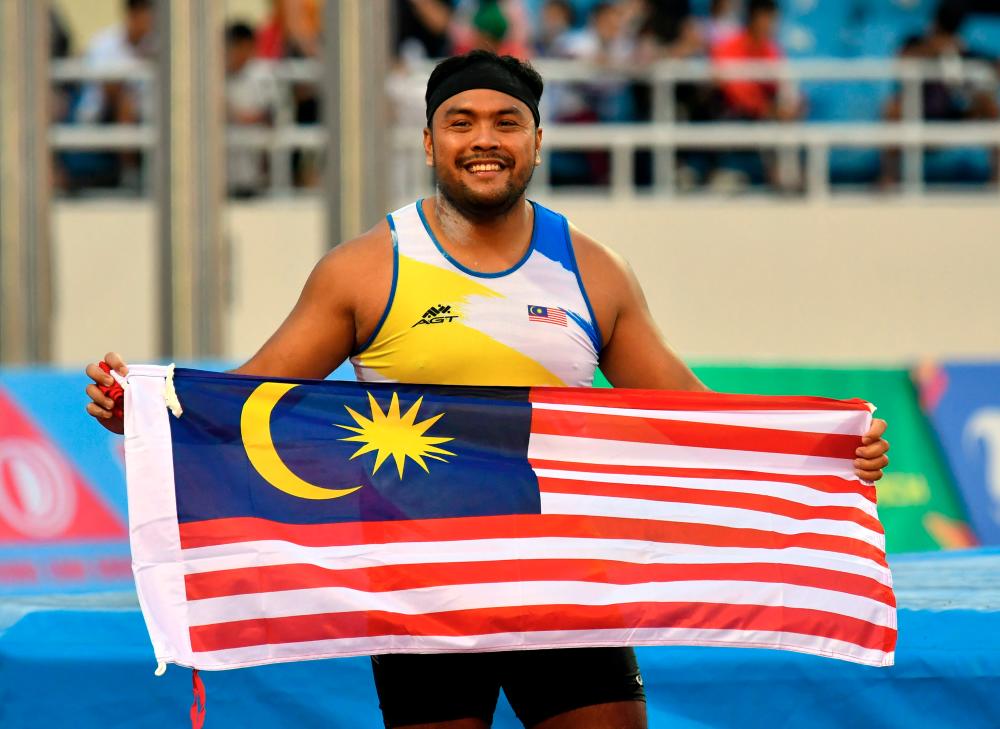 HANOI: The Malaysian track and field team narrowly avoided ending the day empty-handed thanks to national shot putter Muhammad Ziyad Zolkefli (pix), who won a bronze in his event today.

William Morrison III (18.14 m) of the Philippines and Jakkapat Noisri (17.32 m) from Thailand took the gold and silver respectively, while fellow Malaysian, Farm Loong Deng ended in sixth place with a throw of 16.62 m.

Muhammad Ziyad said today’s win will spur him on after he was stripped of his gold medal for being late to the callroom at the 2020 Tokyo Paralympics last August.

“Thank God for the bronze today, I have done my best for the country. It’s only a bronze, but I’m very proud because I can compete with normal athletes.

“I am also happy because I could throw consistently as my performance the previous two or three months has been bad, but today I could reach 17 m. What happened in Tokyo is a lesson to me, today I have proven myself to my country,” he said after the medal presentation ceremony.

Meanwhile, fellow 2017 Philippines SEA Games silver medallist, long jumper Andre Anura Anuar failed to secure a medal after finishing fifth with a jump of 7.24 m, after several of his jumps were cancelled due to technical faults.

Malaysia also failed to retain the gold medal in the women’s high jump, as Ngu Jia Xin ended fifth with a height of 1.65 m.

Romance was in the air during the athletics medal presentation ceremony today when men’s long jump champion, Nguyen Tien Trong from Vietnam immediately proposed to Nguyen Thi Phuong Trinh after he got off the podium.

Phuong Trinh, a member of Vietnam’s sepak takraw team, accepted the proposal by putting on the ring gifted by Tien Trong. - Bernama