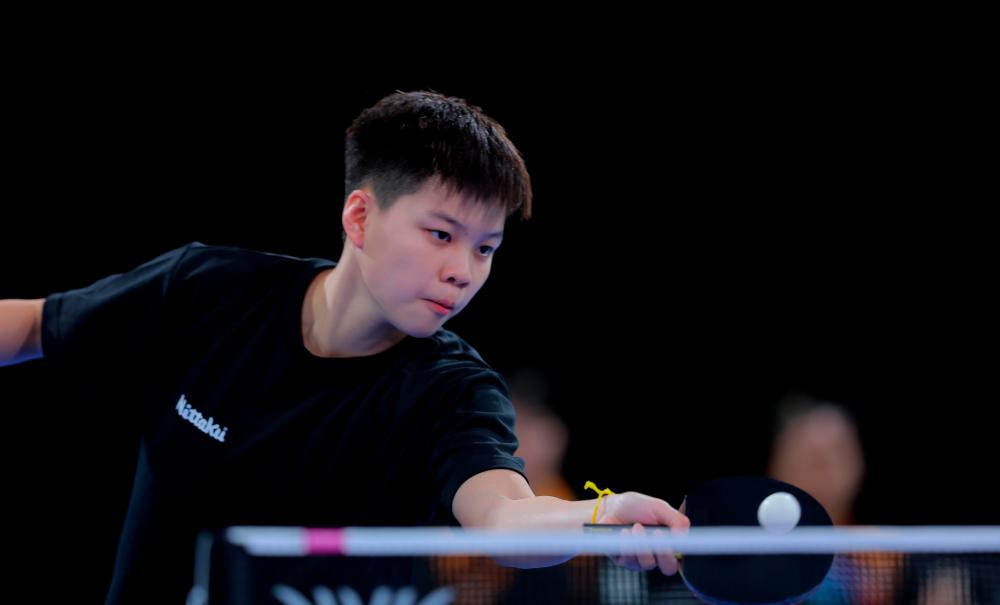 The national squad earned the first point through doubles pair Tee Ai Xin-Karen Lyne, as they came from behind to overcome Ruqayyah Kinoo-Nandeshwaree Jalim 9-11, 11-2, 11-5, 11-5.

Speaking after the match, Ai Xin told Bernama that they still need to ease the pressure should they want to step on the podium.

The Malaysian team doubled the lead when Alice Chang Li Sian defeated Oumehani Hosenally 11-5, 11-9, 11-4 before Karen made her way back to the court to confirm the quarter-final spot for the country as she downed Nandeshwaree 13-11, 11-9, 11-6.

Malaysia began their journey on the wrong footing as they went down to Australia 0-3 before notching their first win here over the Maldives, 3-0, with both matches played yesterday.

The Malaysian women’s team, who finished the group as runners up will take on Group 2 champion, India, in the quarter-final.

Canada then ensured they finished as the champion of Group 4 after Hazin handed Chee Feng his second defeat of the day with an 11-9, 11-5, 11-9 score.

The result meant Malaysia finished Group 4 as the second-best team and will qualify for the quarter-final tomorrow. - Bernama