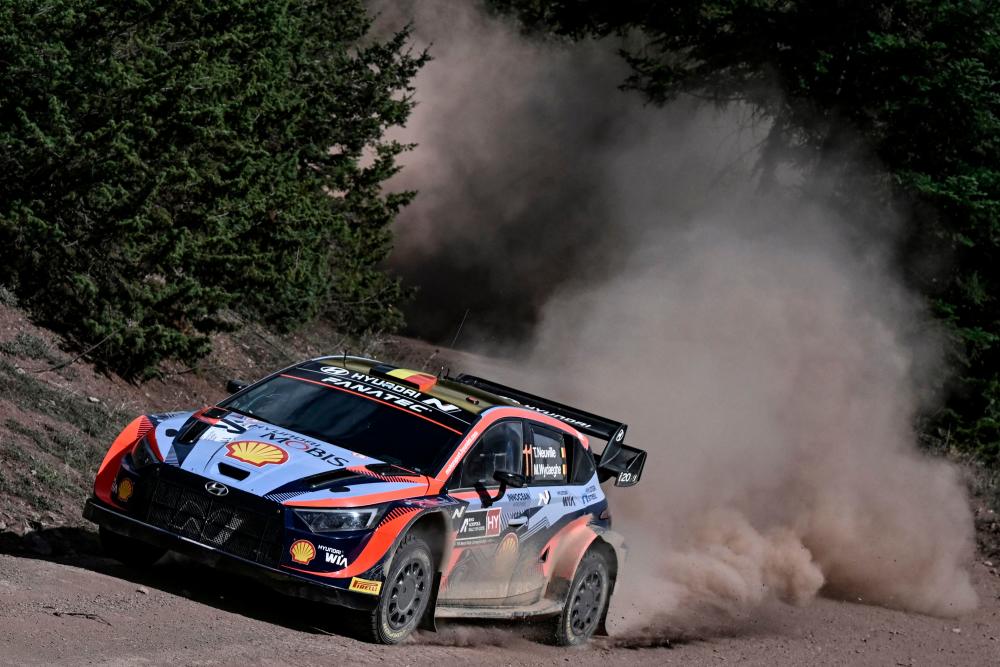 Belgium’s Thierry Neuville and his co-driver Martijn Wydaeghe drive their Hyundai i20 N Rally 1 Hybrid at the special stage Pyrgos during the Acropolis rally, in Greece on September 10, 2022. AFPPIX

LAMIA: Thierry Neuville led a Hyundai podium sweep at the Acropolis Rally on Sunday as championship leader Kalle Rovanpera salvaged a few points from the wreckage in the closing Power Stage.

The first driver in another make was Frenchman Pierre-Louis Loubet who was 3:42.7 back in his Ford.

Not everyone on Hyundai was happy with the finishing order.

Tanak, who had won the previous two races to delay Rovanpera's seemingly inevitable coronation, cut the gap again, but said the team should have made sure he collected the 25 points for victory, rather than the 15 for second place.

“If you want to fight for a championship, the decision to have no team orders was wrong,“ Tanak said at the finish.

“If you want to have good PR, it’s a good decision. It depends how you look at it. It’s a shame.”

The other Hyundai drivers were more positive about the team.

“It has been a tough season so far and to get the victory after a very difficult weekend in Belgium is a relief,“ said Neuville after his first victory of the campaign.

“The most important thing is we have a 1-2-3 for the team - after all these years we finally got it and it’s a historical moment for the brand and the team. Everybody has worked hard for this and it’s a nice reward.”

Neuville overtook Welshman Elfyn Evans, who broke down on the way to the start of the first of the day's three stages. He had been a few seconds behind Sordo.

“This time I was lucky because everybody retired!” said the Spaniard.

Rovanpera, who drove into a tree on Saturday, finished 15th, having rebounded to win the Power Stage and collect five bonus points. This time Tanak edged the Finn to claim the maximum bonus.

“I have done many good and bad weekends but this is one of the worst ones,“ said the Finn.

There are three rallies left. The next is in New Zealand from September 29 to October 2 before the championship moves on to Spain and culminates in Japan. - AFP