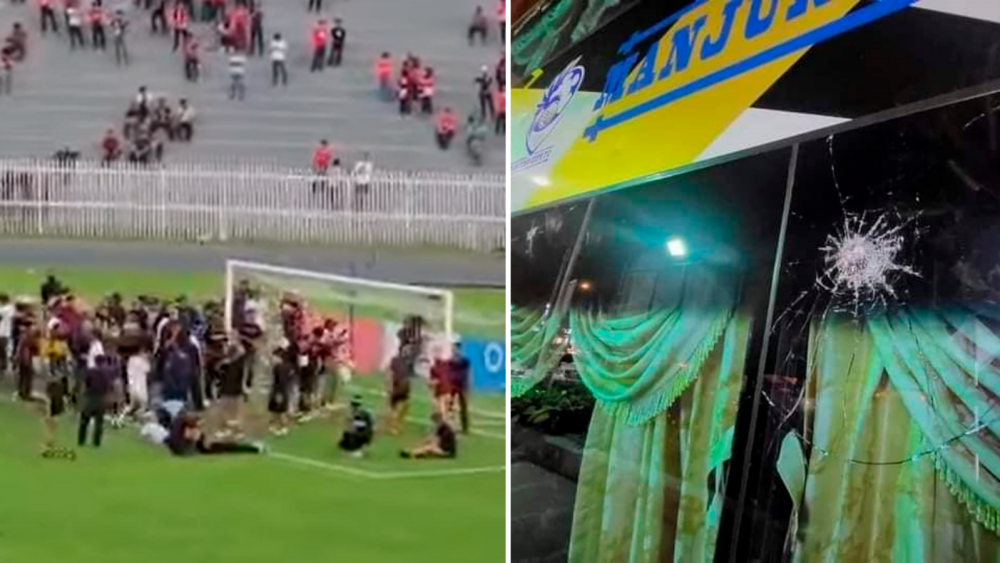 Provocative behavior by a group of supporters at ​​the Sultan Muhammad IV Stadium, here, which led to commotions in the Premier League match involving the team and Perak FC, last Wednesday. Credit: Facebook

KOTA BHARU: Kelantan FC will not compromise with the provocative behavior by a group of supporters at ​​the Sultan Muhammad IV Stadium, here, which led to commotions in the Premier League match involving the team and Perak FC, last Wednesday.

Kelantan FC acting operations manager Mohd Afiq Ab Manaf said his side had lodged a police report regarding the incident and further investigation would be undertaken by the authorities.

“This provocation incident is believed to have started with the spewing of abusive words as soon as the second half started. A group of supporters nicknamed ‘Casual Perak’ started entering the stadium and continued to engage in provocative behavior.

“Kelantan FC will always take care of the safety of all spectators who come to the stadium,“ he said in a media statement today.

Commenting further, Mohd Afiq said that after the end of full time a second commotion started as a result of provocation from the ‘Casual Perak’ group who threw plastic water bottles towards Kelantan FC supporters.

“Kelantan FC security members along with the police brought the Perak FC supporters onto the field to calm the situation, but the ‘Casual Perak’ fans continued their provocation while on the field.

“Among the behavior by them was uttering abusive words, mocking the home supporters and showing obscene gestures,“ he said.

He said two ‘Casual Perak’ fans suspected of provocation were arrested by the police with the help of information from Kelantan FC security.

Before this, Kelab Penyokong Siber Bola Sepak Kelantan (Kelate.Net) (Kelate.Net) president Mohd Nurul Mohd Yusoh had requested that the Malaysian Football League (MFL) and the Football Association of Malaysia (FAM) conduct a transparent and fair investigation into the commotions between the supporters of The Red Warriors and The Bos Gaurus. - Bernama