No easy ride but Shah Firdaus wants to enjoy it 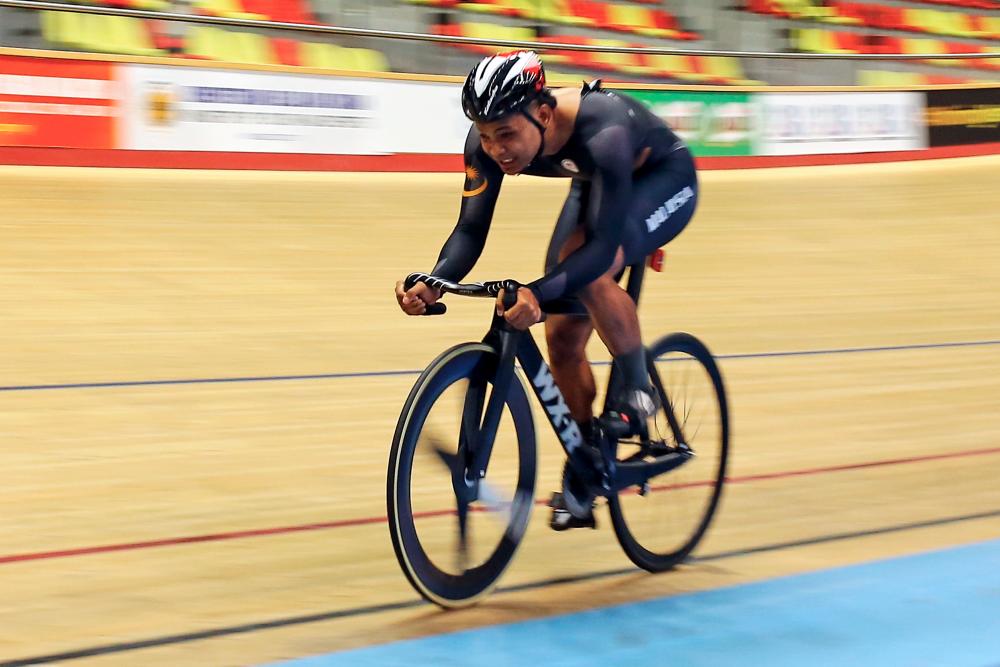 NILAI: National track cyclist Muhammad Shah Firdaus Sahrom just wants to enjoy his ride at the 2022 Commonwealth Games in Birmingham although he cannot avoid the pressure of being a leading medal hopeful for Malaysia.

The 25-year-old rider said each time he set his mind on enjoying the race he would do well.

He said the experience gained on his Commonwealth Games debut in Gold Coast, Australia, four years ago would help him in his hunt for medal in the Birmingham Games, which will be held from July 28 to Aug 8.

“The pressure is always there because in every race people would ask about my target. For sure I want to give my best and most importantly, to enjoy the race. When I do that, everything else will normally fall into place.

“At the last Commonwealth Games final, I was not committed in my pedalling because of the intense pressure. I have learnt from that situation,” he said when met during training at the Malaysian National Velodrome here today.

In Gold Coast, Shah Firdaus finished fourth in men’s sprint and helped Malaysia to fifth place in the team sprint, apart from taking part in the keirin and 1km time trial.

Asked on his medal chances, Shah Firdaus said anything is possible.

“InsyaAllah (I will get a medal) but anything can happen. The world record holder and world’s best will be there. So, it will be very tough but we just wait and see,” he added.

Meanwhile, national track cycling squad head coach John Beasley admitted that the situation was quite different without Mohd Azizulhasni, but stressed that the absence of the 2020 Tokyo Olympics silver medallist provided an opportunity for all riders, especially Shah Firdaus, to shine.

The Australian coach said Shah Firdaus was one of the best keirin riders in the world and would be facing great challenges from top riders such as Australia’s Matthew Glaetzer and Tokyo Olympics bronze medallist Jack Carlin of Great Britain in Birmingham.

“We’ve been grooming him (Shah Firdaus) for a long time, so it’s time for him to step up. We know the ability that he got so I think he is just starting to learn how good he can be. There’s no pressure ... if he just races according to his ability he would be on the podium,” he said.

The national cycling squad to Birmingham will consist of three men’s and three women’s athletes, a mix of experienced and new riders.